Written by Carolyn Ireland | Published in Globe and Mail 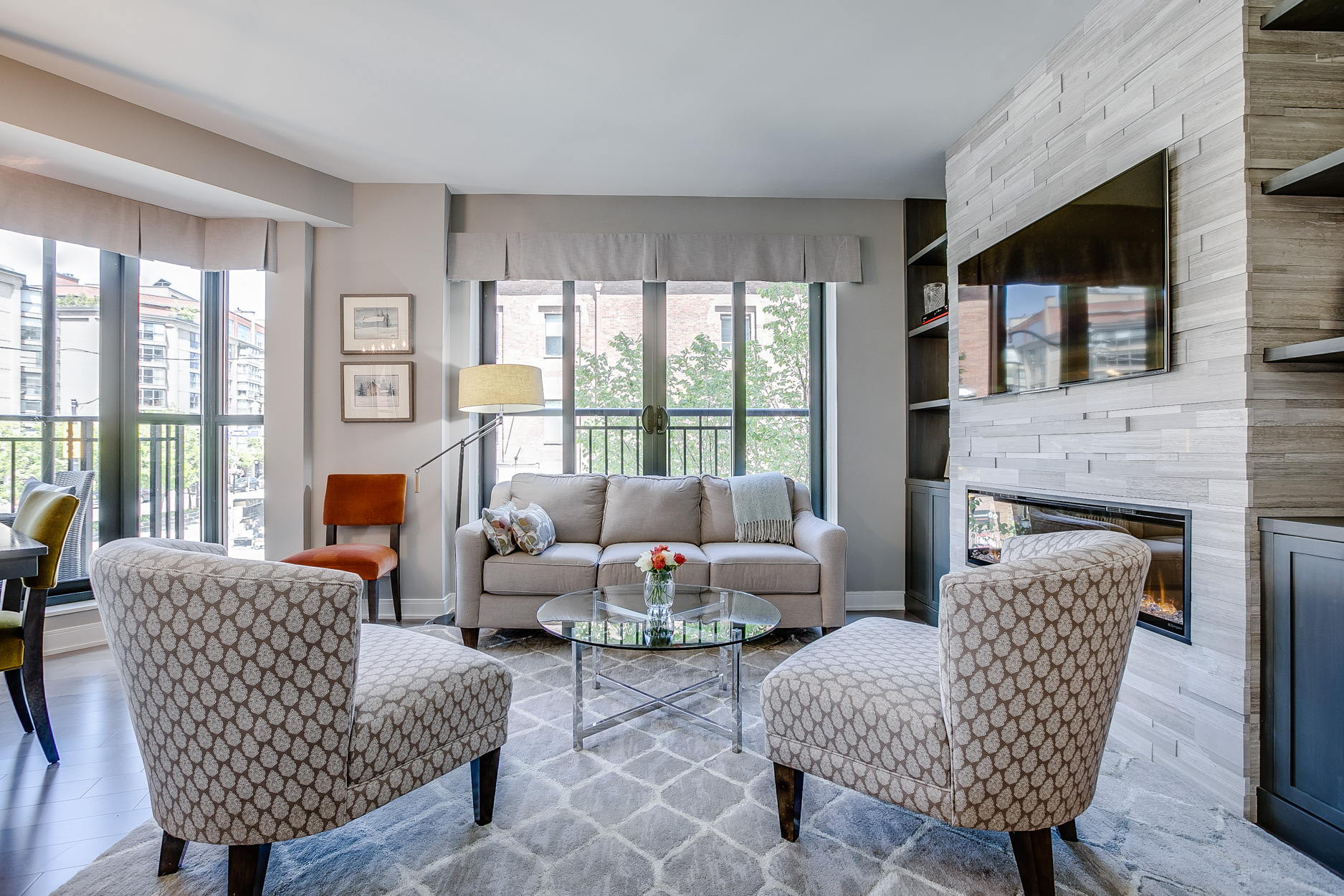 The low inventory in the Toronto real estate market appears to be generating a mercurial mood in buyers.

Many people seem to be feeling stuck as they hold out for more listings. Perhaps that’s why, when they do see a property they love, they attempt to crush the competition with jaw-dropping bids above the asking price.

Mr. Bibby recently sold a two-bedroom condo unit in the popular St. Lawrence Market area within a day of launching it on the market.

The 965-square-foot unit in the Berczy at 55 Front St. E. was listed with an asking price of $1.15-million and offers welcome any time.

“We went with what we thought makes sense,” he says of the asking price he estimated to be around market value. “The strategy wasn’t really to price for multiple bids.”

Still, two buyers immediately submitted offers and the unit sold for $1.235-million, or $85,000 above the asking price.

But while that unit in a boutique building across from Berczy Park sold quickly, other desirable units sit for much longer.

“We’ve become used to a very effortless, fast pace,” he says, but the market is less predictable now.

Ms. Bibby says the condo market slowed markedly toward the end of the summer. Market watchers assumed that buyers were just making up for lost time by enjoying evenings on a patio postlockdown.

Then came the rush to get kids back to school and the federal election.

“Everyone thought the market would come back to life,” he says. “We thought with the election gone, things would pick up.”

But sellers have been surprisingly steadfast in holding on to their existing properties, he says.

In the condo market, buyers have been willing to delay a purchase until they have more to choose from.

Mr. Bibby believes one reason that buyers don’t feel a pressing need to buy downtown is that many employees continue to work from home.

“There isn’t that same energy that I think we were all anticipating,” he says. “A lot of the reason for occupancy is to have a very short commute.”

The Bay Street professionals who typically buy large and luxurious condos downtown are still holding back, he says.

As a result, prices for those units are not seeing the run-up in prices that other segments of the market are experiencing.

In some cases, sellers are reducing their asking price, while others are becoming more flexible in negotiations.

For sellers who want to move to a house, they face the tough choice of whether to sell or buy first.

People who buy a house before selling their condo might find the unit sits for a while, he says. If they sell first, they may be facing a daunting challenge to acquire a house.

“Do they have time and patience? Strategies are all based on personal circumstances.”

Abhilasha Singh, an economist at Moody’s Analytics, says the Canadian housing market is showing signs of returning to earth, after low interest rates and fiscal support encouraged many people to upgrade their lodgings during the pandemic.

Ms. Singh says the rapid elevation of prices has put the cost of a house out of reach for many potential buyers.

With the Bank of Canada now tapering its asset purchases, interest rates are poised to rise, she says.

Households will be able to adjust to a gradual change, she predicts, but house price appreciation is likely to reach a near-standstill in late 2022.

In recent weeks, the bidding for single-family homes has been fierce – when buyers can find a property that suits them.

Last week in this column I wrote about a quirky laneway house in a converted furniture factory listed with an asking price of $999,000 near Queen Street West.

And the grand old home at 32 Chestnut Park – which I also included last week when it landed on the market with an asking price of $6.5-million – also had seven bidders in competition, says real estate agent Gillian Oxley of Oxley Real Estate.

Ms. Oxley strategically set the asking price below her estimate of market value.

She believes the sale price of $8.332-million reflects the fact that so few unrenovated houses still exist in Rosedale.

“So many original details had been preserved. That is so rare,” she says. “It wasn’t like it had undergone a terrible renovation in the eighties where they had ripped out everything that was special about the house.”

In Rosedale, heritage conservation rules prevent owners from tearing down a house or making drastic changes to the exterior.

Ms. Oxley says the heritage designation held down the property values in Rosedale for a few years but now people seem to appreciate the way the enclave has preserved it character, she says.

At 75 South Dr. in Rosedale, a six-bedroom house recently sold for $11.6-million after being listed with an asking price of $12.8-million.

The $4.3-million jump does not reflect a significant transformation: Apart from some painting and landscaping, the listing photos show that the house appears little changed from when it sold last year.

Jimmy Molloy, real estate agent with Chestnut Park Real Estate Ltd., was not involved with the sale, but he says that buyers do have the confidence to pay a rich price to get exactly the property they want.

Mr. Molloy also points to the market for preconstruction condos, where buyers are paying prices that seem astronomical compared with those of years past.

Mr. Molloy says the condo suites at the Four Seasons Hotel and Residences in Toronto set a new benchmark with prices equal to $1,250 a square foot when the project launched in 2007.

“It just changed the floor,” he says. “We had one threshold that the Four Seasons broke through.”

“Have we just moved up a notch and nobody noticed?”

That mindset can permeate the segment for carriage trade properties, Mr. Molloy says, because condo prices do set the tone for detached houses.

“There’s a psychology to it.”

Mr. Bibby says the buyers of preconstruction condos that won’t be ready for several years are building in the assumption that price growth will continue at the same pace for the next three to five years.

“There’s a lot of optimism that the market will keep going,” he says. “If I was buying preconstruction – which I’m not – I’d be concerned.”

In his opinion, the numbers don’t make sense when units already built in desirable locations trade for far less. The unit at the Berczy sold for about $1,280 a square foot, he says, and another at the boutique Scrivener Square project sold for the equivalent of $1,525 a square foot.

Mr. Bibby expects the rest of the fall market to roll along pretty much at the same pace.

He has clients who are already telling him that they plan to wait until the spring to list. Others who have tried to sell in the fall will list again in the spring rather than reduce their price now.

But he says that buyers who need to complete a transaction before the year end will choose from whatever’s remaining on the market in the remaining weeks of 2021.

Looking ahead, Mr. Bibby says buyers and sellers alike are wondering where the Toronto market will be in the spring.

“It will be fun to see what’s going to happen in the next few months.”