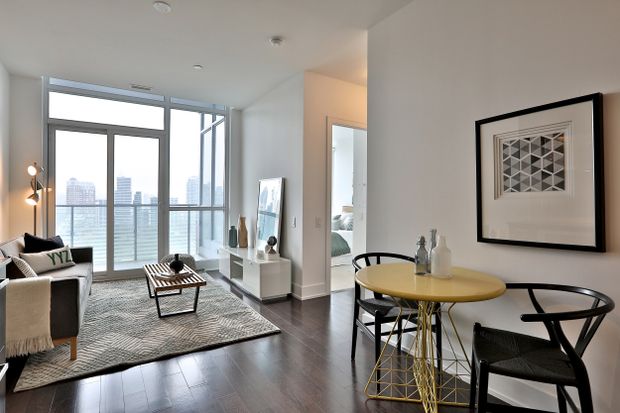 Days on the market: Two

The action: At the Pears on the Avenue building, units don’t often come up for sale, especially smaller ones with optimal views, such as this one-bedroom-plus-den suite listed in late April.

“A lot of the last comparable sales were from last spring,” agent Christopher Bibby said.

“We started with an agent open house, which was surprisingly quite slow, but an offer came in with a 24-hour irrevocable [clause] on the first day and five other people came shortly afterward. … So we told everyone to come with their best and final offer.”

What they got: Kitty-corner to Ramsden Park, this fairly new high-rise has lavish recreational amenities and suites are generally outfitted with Miele kitchen appliances and hardwood floors.

This one-bedroom-plus-den unit was designed with a wall of windows in the bedroom and open living and dining area, which also features sliding balcony doors.

The unit comes with a locker and parking. Each month, fees of $409 cover water and heating.

The agent’s take: “The unique thing about our space was we were south-facing and on a higher floor, so we had an unobstructed view of the downtown core and we’re overlooking the Annex,” Mr. Bibby said.

“The way the building was set back, there was nothing that would be blocking the view in the immediate future.”

This unit is also fashionable and functional. “Certain plans have long hallways, but every square foot was used in this suite, so it felt larger than it was,” Mr. Bibby said.