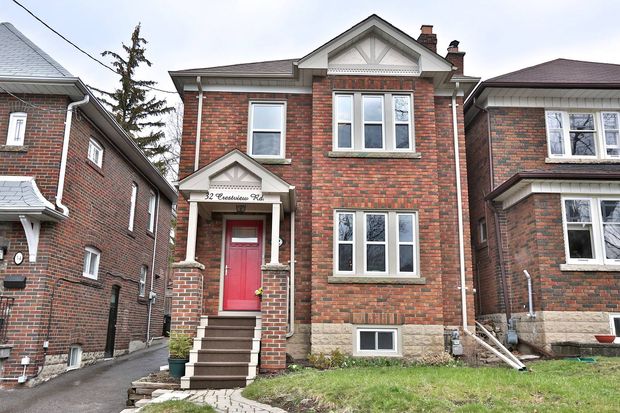 DAYS ON THE MARKET Seven

The Action: For one week, homeowners vacated this detached residence to steer clear of about 90 agents and 150 buyers signing up for showings and open houses. The inconvenience came to a halt once a bidding war ran its course between seven buyers, including many hoping to enroll their kids into Allenby Junior Public School nearby.

What They Got: The bones of this two-storey house may date back to the 1930s, but its cosmetic casings were refreshed with new windows, doors, roof and upgraded kitchen counters, stainless steel appliances and heated hardwood floors.

Vintage details in white finishes also lend a contemporary feel, such as the fireplace mantle in the living room and wainscoting and double patio doors in the dining area.

To retire for the night, there are three bedrooms upstairs, along with one of two bathrooms, as well as a guest room off the lower-level recreation area.

Outdoor assets include a mutual driveway and 27-by-100-foot lot.

The Agent’s Take: “People were really drawn to the neighbourhood because it’s very family-oriented with good schools, the proximity to all the shops on Eglinton [Avenue] and accessibility to highways as well,” agent Christopher Bibby says.

“We’re not seeing many detached homes going for sale in the neighbourhood. Even this fall, there hasn’t been much turnover.”

This house’s makeover was another distinguishing feature. “The majority of the houses in the area are quite similar in space, so a lot of neighbours came by to see what my clients had done to this space so they could get ideas for themselves,” Mr. Bibby notes. “This was really the only turnkey space, which could be occupied immediately.”