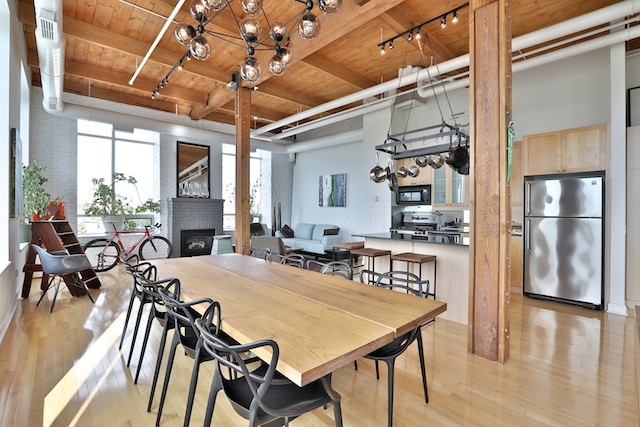 DAYS ON THE MARKET One

The Action: Residences at the Candy Factory Lofts are so sought after that buyers generally pounce at the first sign of an opening. That was the case for this two-bedroom corner penthouse, which had two offers the day it was listed in late October.

“A penthouse in the Candy Factory – in terms of value per square foot – may be more expensive than freehold housing prices in the area just because it’s probably the most sought-after loft building in downtown Toronto,” agent Christopher Bibby said.

“Penthouses typically don’t turn over too often, maybe every year and a half or so.”

What They Got: The top floor of a former candy warehouse was converted into two-storey lofts, like this 1,735-square-foot unit with a 615-square-foot rooftop terrace and hot tub off the master bedroom upstairs.

The Agent’s Take: “It really feels like you’re living in a home, all of [penthouses] typically have living, dining rooms and kitchens on the main floor, sometimes with a bedroom as well, whereas the upstairs serves as a second bedroom or entertaining space that leads to a terrace,” Mr. Bibby said.

“A lot of converted building don’t have balconies because they’re old industrial buildings or warehouses, so the penthouses are often the only floor with exterior space, and this one has quite a bit of it.”

Furthermore, this penthouse has exposures from two directions.

“Being at the northwest corner … there was so much natural light. A lot of internal units you only have windows typically right at the back,” Mr. Bibby said.