Compact loft penthouse in Toronto sells for under $300,000 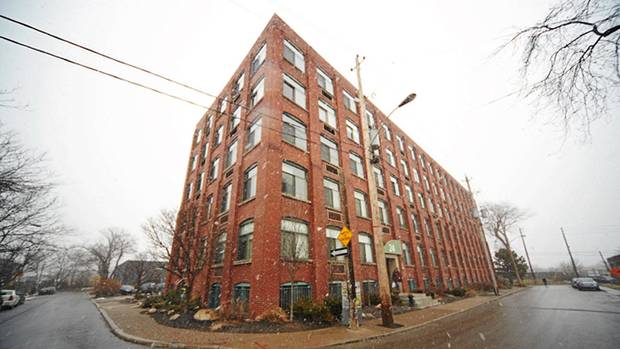 DAYS ON THE MARKET 13

The Action: Nearly two dozen buyers booked personal tours of this one-bedroom penthouse in a century-old building alongside the railway tracks near Queen and Dufferin streets.

What They Got: On the fifth floor of the Noble Court Lofts, about 600 square of space was converted into a residential loft with authentic posts and beams, an exposed brick wall and large windows in the living, dining and kitchen area.

Last year, the entire space was outfitted with new hardwood floors throughout, an updated bathroom and modernized kitchen with stacked laundry machines and stainless steel shelving and appliances.

With no recreational facilities on site, the monthly fee is just $251, plus heat and hydro.

Surface parking is available on a first come first serve basis, however residents can easily walk a short distance to restaurants, galleries and designer boutique on Queen Street, as well as streetcar service.

The Agent’s Take: “It was a top-floor unit with a south view that cleared all the retail on Queen Street and had a view of the lake,” agent Christopher Bibby said. “And the space was fully renovated by clients who redid the floors, kitchen and appliances.”

Buyers were also drawn to the character of the compact space. “It felt larger than the actual square footage was because of the high ceilings, it was south-facing, so it had plenty of natural light, and it had a very open concept floor plan,” Mr. Bibby adds.