Condo suite in downtown Toronto snapped up in summer spotlight 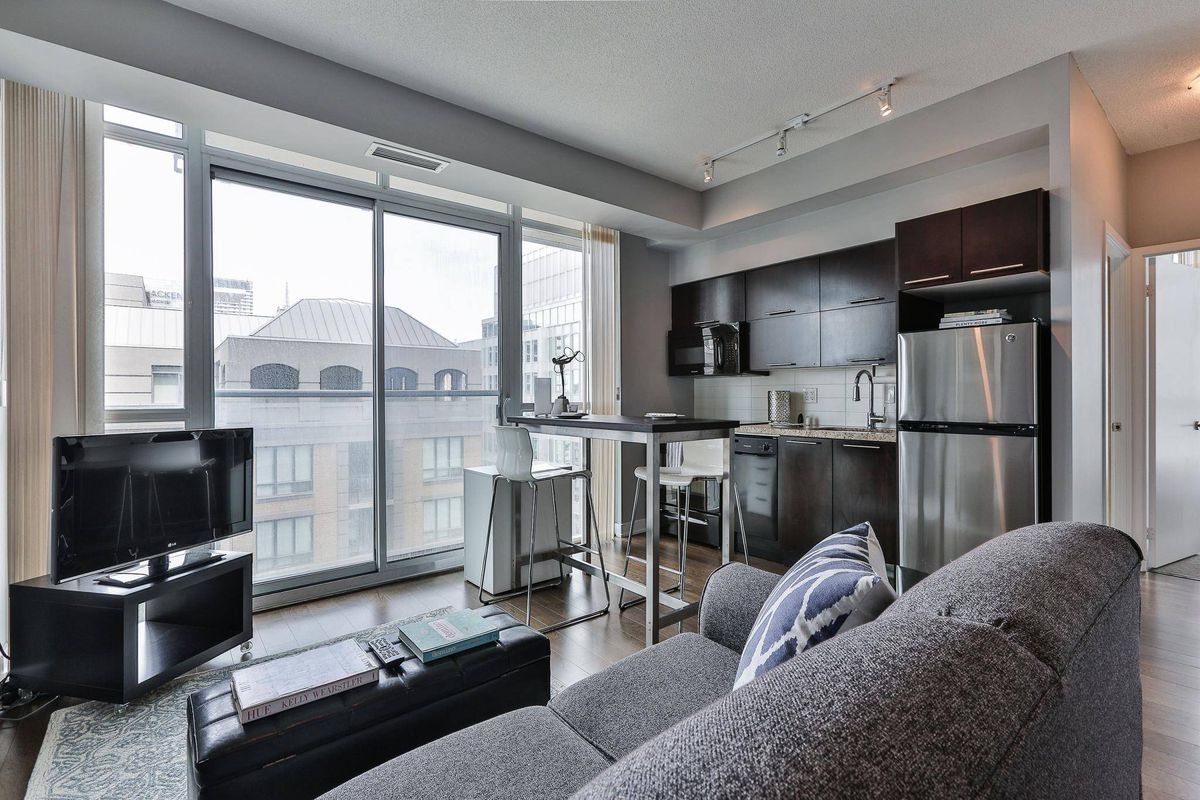 The Action: Sellers are often cautioned from listing their homes during the slow summer season, but the odds for this one-bedroom-plus-den corner suite at the Boutique 2 building were improved by promoting it when there was no competition.

“July really isn’t the best time to sell and some of the energy on the market was taken out due to interest rates increasing and foreign-buyers tax,” agent Christopher Bibby said. “I sold two other units in the complex earlier this year, so we based the pricing identical to when the market was at its peak and we sold slightly below, so we were quite pleased with the outcome.”

What They Got: In the east tower of a roughly six-year-old complex, this 680-square-foot suite is surrounded by floor-to-ceiling windows and sliding balcony doors in a den and open principal room. The latter was outfitted with granite counters and stainless-steel appliances.

Supporting features includes a bathroom and laundry machines, as well as a locker. Monthly fees of $479 covers use of water, heating, concierge, guest suites and recreational facilities.

The Agent’s Take: “The location is very important. It’s right at Adelaide and Simcoe [Streets], the Financial District is across the street and it’s steps to Shangri-La Hotel and the Entertainment District,” Mr. Bibby said.

“The building has world-class amenities, there was an outdoor pool and rooftop terrace with a beautiful view of the downtown core and CN Tower.”

This suite is also unique with an enclosed den that doubles as a bedroom. “The den is actually bigger than the bedroom,” Mr. Bibby said. “And having two enclosed bedrooms is very important for a lot of young couples or investors being able to have that option for roommates or a nursery.”