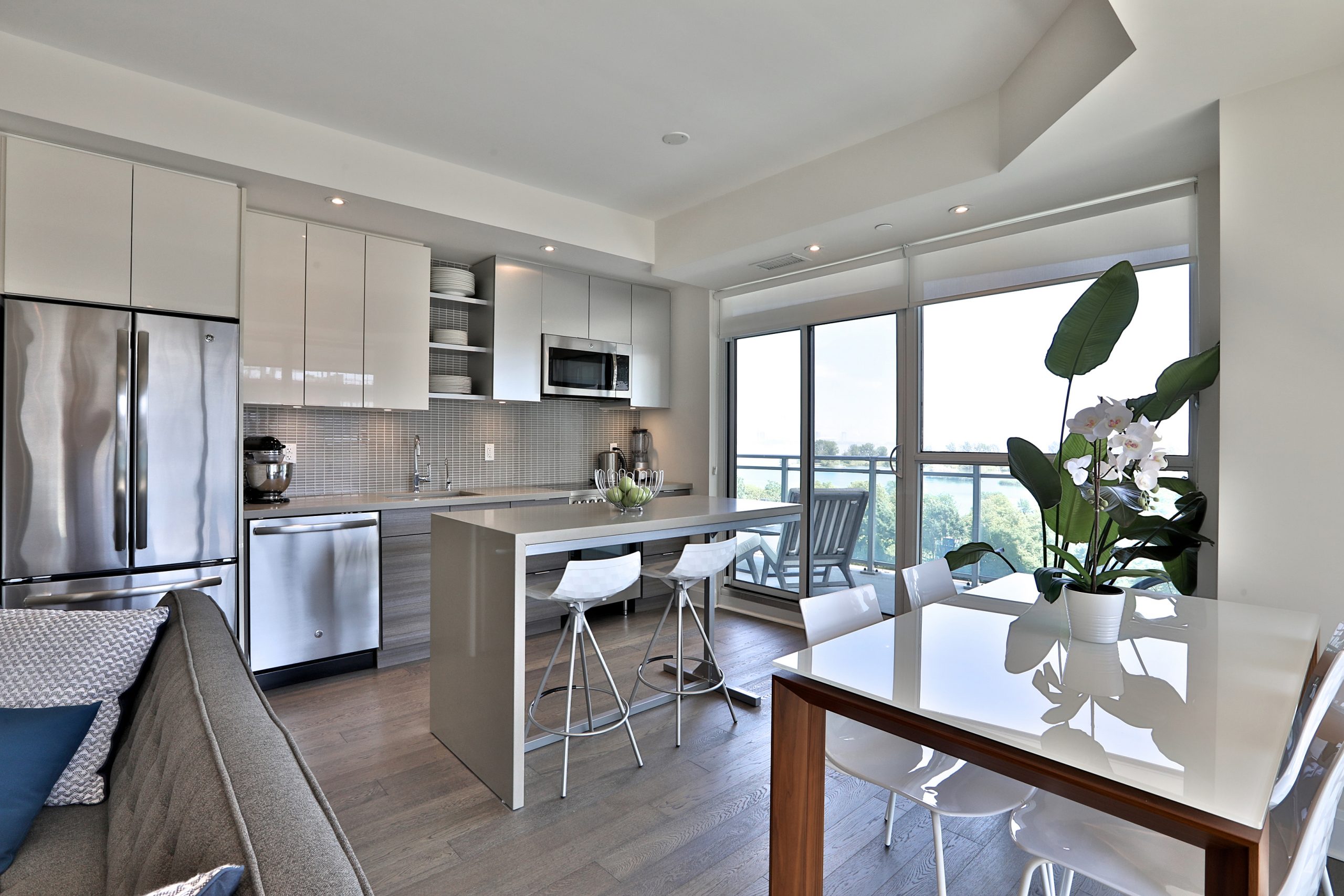 Days on the market: Seven

This two-bedroom-plus-den corner suite is in an area saturated with high-rises near Humber Bay Park, yet it still found 16 interested shoppers during a quiet period mid-July.

“It’s a relatively new building, so the developer still had some units on higher floors, but we weren’t in direct competition with other units while we were listed,” agent Christopher Bibby said.

“In that pocket, the days on market are typically higher than the downtown core, so we’re not seeing things turn over in under a week typically.”

On the fourth floor of Jade Waterfront Condominiums, this 878-square-foot unit is a modern space with an open den and a central kitchen, living and dining area decked out with hardwood floors, walls of windows and sliding doors to a balcony wrapped around its south and west sides.

Six appliances, a locker and parking complete the package.

“One of the things that made this unit so special was it had a very efficient floor plan with two bedrooms, plus a den and two baths in under 900 square feet,” Mr. Bibby said.

“It had a great design aesthetic, upgraded appliances and a wraparound balcony looking out to the lake that really drove up traffic.”

Buyers were also thrilled to hear that those vistas will be protected. “There is a lot of development in that pocket … but the land directly to the south of this building is in the process of being completed as a City of Toronto park,” Mr. Bibby said.