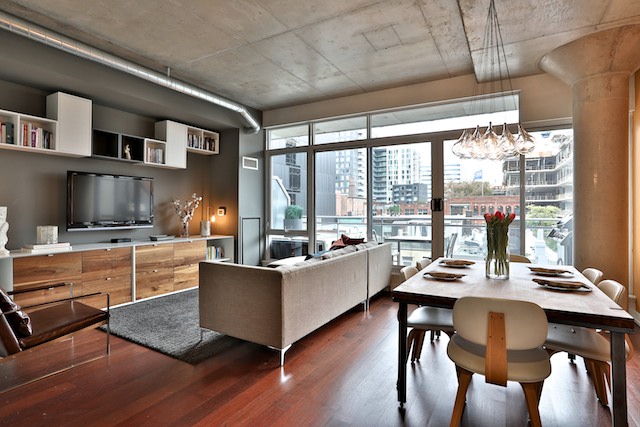 Days on the market: four

The action: The seller of this one-bedroom-plus-den suite signed off on a deal just days after it was staged and showed to nearly 20 interested parties in late October.

“This type of product is in high demand, and there are always buyers who look to get into the building because turnover is very low along Stewart and Portland,” agent Christopher Bibby said.

“Only five units went for sale this year in the building and the smaller units typically never go for sale, so a lot of the unit that went [on the market] were two-bedroom or two-bedroom plus dens that were over $1-million.”

What they got: This nearly decade-old suite delivers an urban atmosphere with features such as concrete ceilings and sliding doors to the bedroom and balcony off the open living and dining area.

The unit comes with a sleek bathroom and kitchen and laundry appliances, plus a locker and parking. Monthly fees of $524 cover water and heating costs.

The agent’s take:  “It’s a ‘soft loft,’ so it’s a condo in a newly constructed building, but there are a lot of raw, exposed elements, like concrete or exposed ducts,” Mr. Bibby said.

“There are no amenities or concierge, and that’s something residents like to keep the fees fairly low.