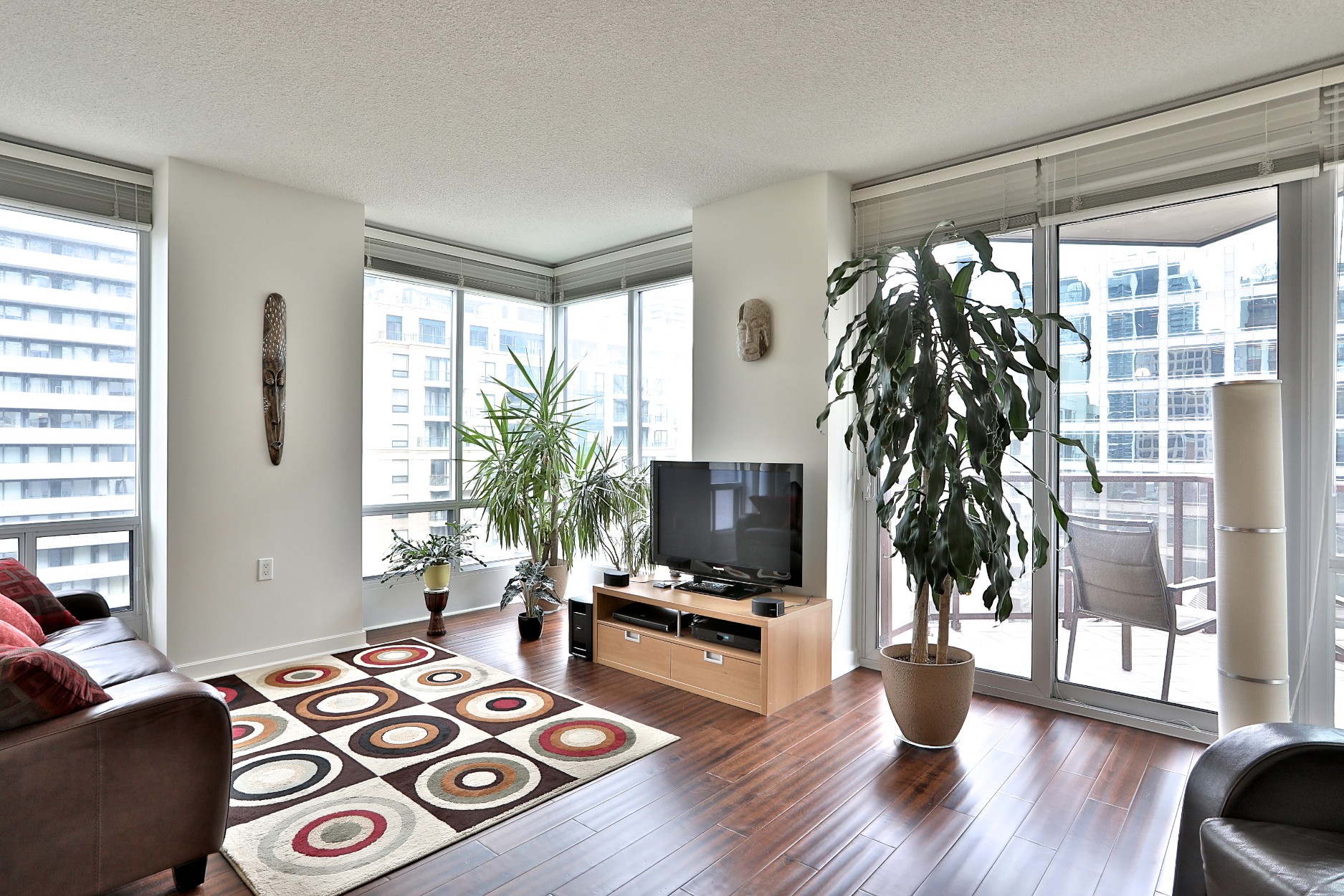 This two-bedroom corner suite is situated in a more than over decade-old building increasingly surrounded by newer counterparts. To give buyers more reason to visit this Toronto condo, it was listed for $1.025-million in May.

“There was a lot on the market from One Bloor and some new buildings on Hayden and Charles [streets], but the price per square foot of those were about $1,200 to $1,400,” agent Christopher Bibby said.

“You can have maybe 800 square feet in those buildings or over 1,000 square feet [here], but you’re ultimately getting the same location, just in a slightly older building.”

This 1,027-square-foot suite is appointed with nine-foot ceilings, hardwood floors and nearly floor-to-ceiling windows in each room, including the kitchen and both bedrooms.

Occupying one corner of the unit is a living and dining area with double exposures and a west-facing balcony.

There are two updated bathrooms, stainless steel kitchen appliances and laundry machines, plus a locker. Each month, $949 in fees pay for utilities, concierge, a gym, party room and rooftop deck.

“It was a larger floor plan for the building and [the seller] had done some cosmetic renovations to the suite,” Mr. Bibby said.

“The kitchen is enclosed, which we don’t see a lot now because everything is open concept, so it’s nice to have a place to prepare meals and hide everything while you’re eating.”

The unit also has a parking spot, although moving around on foot is incredibly easy.

“You’re just a few steps from Yonge and Bloor [streets], between Yonge and Church [streets], so the neighbourhood was the draw, as well as the accessibility to transit and shopping,” Mr. Bibby said.