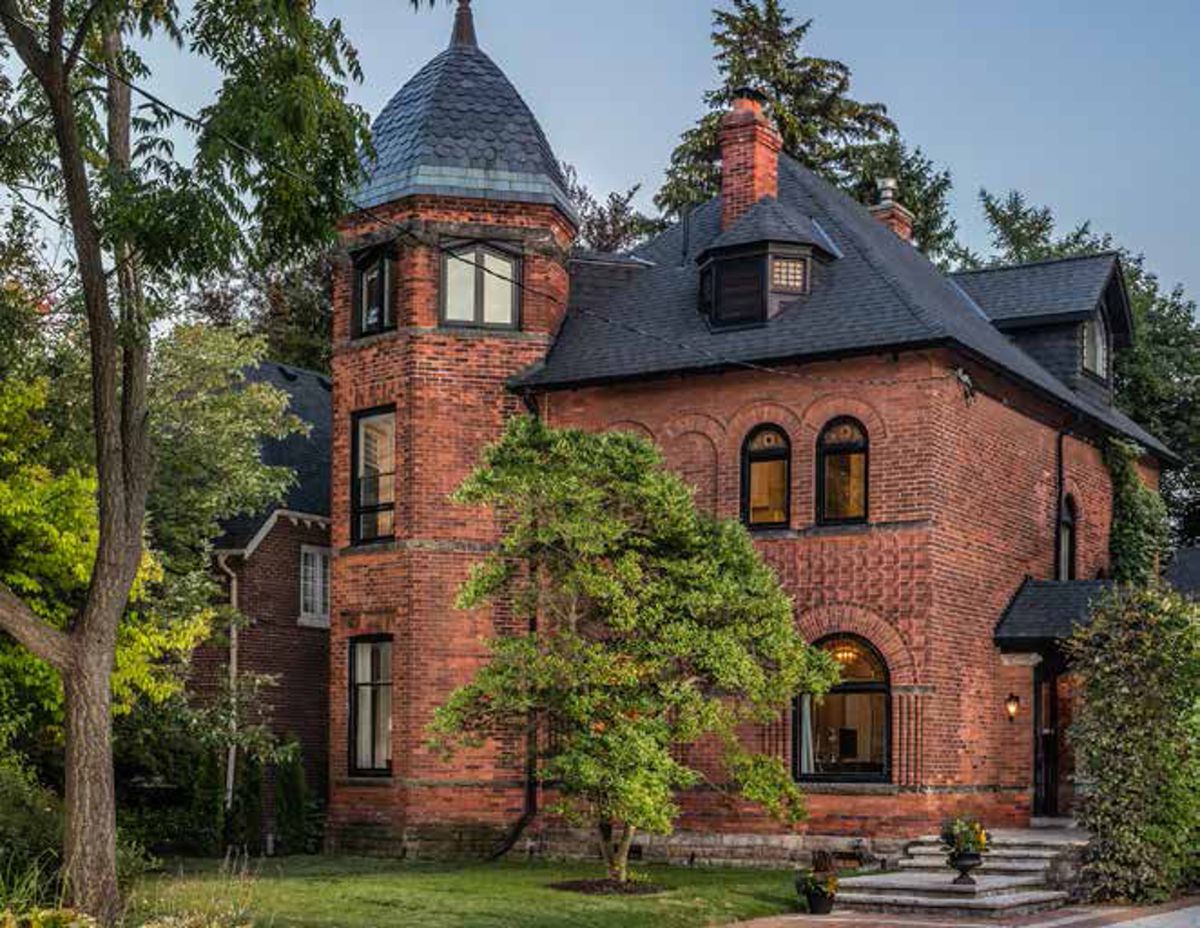 The heatwave in the Toronto-area real estate market in July and August may give way to a slightly cooler September but buyers and sellers who haven’t secured a deal yet are not giving up.

Eileen Farrow, a real estate agent with Chestnut Park Real Estate Ltd., sold a grand Victorian-era house for $5.7-million in the second half of August after receiving three offers.

The five-bedroom house at 23 Glengrove Ave. W., in Lytton Park was listed earlier in the summer with an asking price of $5.995-million.

In addition to the three-storey house, the property has a renovated two-storey coach house, which Ms. Farrow hoped would draw buyers looking for a home office or grandparents’ pied-à-terre during the novel coronavirus pandemic.

Still, people were biding their time and, in late July, the price was cut to $5.395-million.

About three weeks after that, Ms. Farrow received one offer – soon followed by two more.

“I have not stopped all summer,” Ms. Farrow says. “Between now and Nov. 1, I have eight closings.”

Patrick Rocca, a real estate agent with Bosley Real Estate Ltd., says Davisville and Leaside in midtown Toronto have been exceptionally busy as house hunters made up for time lost during lockdown in the spring.

“I’ve never had a July or August so good but I’ve also never had a March or April so bad,” he says. “We’ve gained all that back and more,” he says of the sales collapse in the spring.

Mr. Rocca found the last week of August slightly more quiet than the previous weeks. He says some people may be shifting their focus to the new school year or they may have been taking some time off.

In August, sales in the Greater Toronto Area soared 40 per cent from the same month last year, according to the Toronto Regional Real Estate Board. The average price jumped to a record $951,404 last month to mark a 20.1-per-cent gain from August, 2019.

Mr. Rocca sees an increase in listings as a positive sign because demand is still strong.

“There still is very little supply,” he says.

Mr. Rocca has seen buyers moving for all sorts of reasons – from needing more space to downsizing from large homes. Others are leaving town but want to keep a foothold in the city with a condo.

Mr. Rocca has been advising clients who want to sell to list as soon as they are able because there is so much pent-up demand. Some needed more time to prepare and he is still getting lots of calls for evaluations from homeowners who plan to list in September.

Looking ahead, Mr. Rocca is still optimistic that the early part of the autumn will see lots of activity. He believes the late fall could see a market pause with the uncertainty around the U.S. presidential election and the outlook for economies and financial markets in general.

Programs that allowed homeowners to defer mortgage payments are also being phased out.

Mr. Rocca says much of the concern about a potential second wave of the virus and the impact that would have on the economy has been pushed into the later part of the year.

He says some clients are getting back to work, while others are losing their jobs. Some are holding onto their jobs from now but they’ve seen lay-offs at their place of work and wonder if they’ll be next.

“No one really knows – that’s the big thing. There’s so much upheaval and so much uncertainty.”

Throughout his career, spring has typically been the best time to list a house for sale but he’s no longer certain that will be the case.

“Now I’m saying I don’t know what the spring will be like.”

Christopher Bibby, a real estate agent with Re/Max Hallmark Bibby Group Realty Ltd., senses that some of the activity that might typically happen later in the year has been pulled forward.

“We had a spring that didn’t exist,” he says. “We have a fall that’s already jump-started.”

Mr. Bibby says many buyers want front doors and backyards these days. Some are heading to Niagara or Collingwood to find them, while others are looking in the city.

“The freehold market is moving along quite aggressively,” he says.

Within the condo market, some segments are strong, while others are seeing properties sit.

In downtown towers filled with former short-term rentals, for example, listings are high and some buyers with an investor mindset are holding off in the hope of bargain prices down the road, he says.

But in boutique buildings and more residential neighbourhoods, some units are fetching record prices.

Mr. Bibby recently sold a sub-penthouse on Scrivener Square in the Summerhill neighbourhood with multiple offers after five days on the market. The unit, with 1621 square feet facing south, sold for $3,276,000 after being listed with an asking price of $3,250,000.

A loft in the converted Tip Top Tailors building near Lake Ontario arrived on the market with an asking price of $1,069,000 and sold the first day for the full amount.

Mr. Bibby has noticed a clearheaded determination in sellers of late.

“You don’t really have people testing the market,” he says. “There are a lot of sensible choices being made.”

Looking ahead, Mr. Bibby also sees a lot of uncertainty as the cooler weather arrives.

“I’m looking at the market now week by week,” he says.