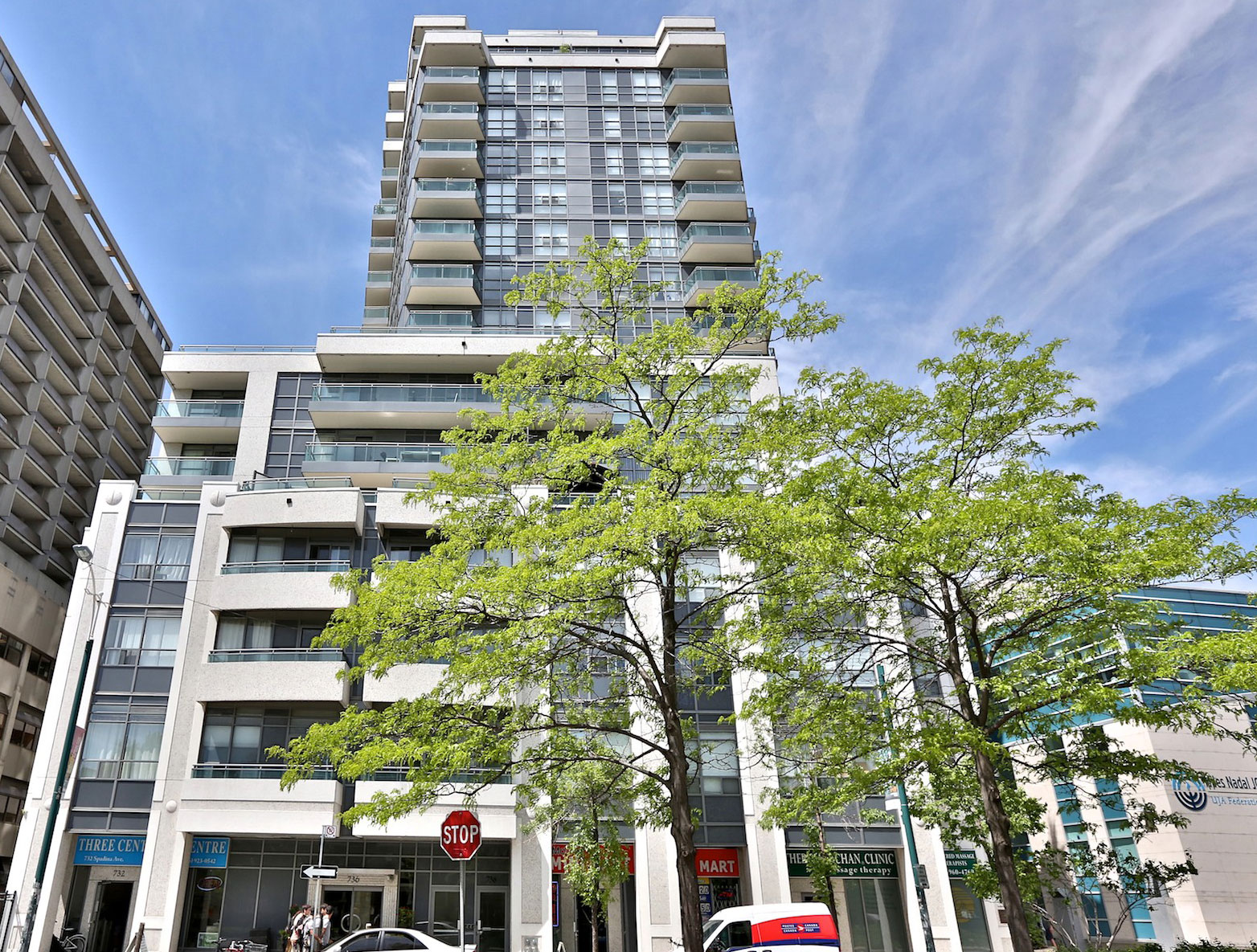 Days on the market: six

Less than a dozen house hunters had toured this two-bedroom plus den suite at the Mosaic building before one bidder negotiated a $980,000 deal in late March.

“There was nothing for sale, so turnover is quite low,” agent Christopher Bibby said. “In a busy year, you’re seeing about six units for sale in the building.”

Less than 200 metres south of Spadina subway station, this roughly 10 year old high-rise has more than 200 suites, including this 1,181-square-foot unit with an enclosed den and two bedrooms with walk-in closets, as well as a laundry room.

At the unit’s core is an open living and dining area with access to a balcony and a U-shaped kitchen with stainless steel appliances, breakfast bar seating and ceramic floors.

A locker and parking are tied to the unit. Monthly fees of $823 cover water, concierge and use of a gym, guest suites and rooftop terrace.

“The location drew a lot of people to the building, being right at Bloor and Spadina,” Mr. Bibby said.

“And there’s not a whole lot there in terms of condominiums. It’s mainly freehold properties and the University [of Toronto].”

This unit also catered to buyers accustom to more space. “This is one of the largest units in the building, so you don’t see a lot of two-bedrooms plus dens – or approximately 1,200 square foot spaces – come up too often,” Mr. Bibby said.

“And the second bedroom was larger than most master bedrooms in typical condos.”