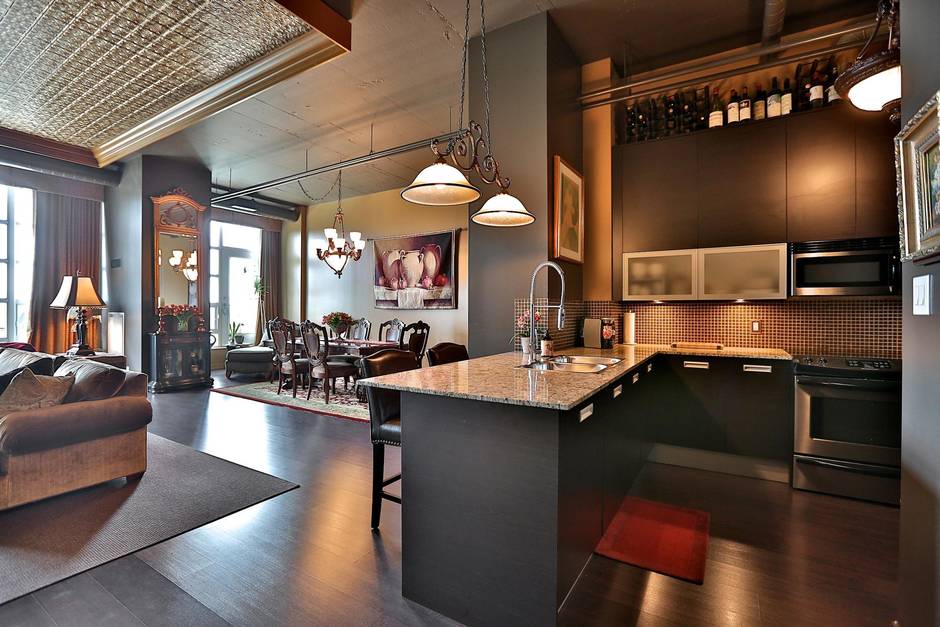 DAYS ON THE MARKET: One

The Action: At Madison Avenue Lofts near Casa Loma, this one-bedroom-plus-den penthouse was listed at $1.098-million for one summer month.

But without any bids during that time, it was slated to reappear during the busier fall market.

Some buyers asked for it to resurface sooner, so as soon as it was posted at $1.08-million, a deal was immediately signed in early August.

What They Got: On the sixth floor of a former hydro facility is a 1,600-square-foot space with 12-foot ceilings, hardwood floors, warehouse windows and a 380-square-foot terrace with several access points.

During the 2008 conversion, an original second bedroom was transformed into a dining area, dropped tiled ceilings were added in the living room and stainless steel Fisher & Paykel appliances stocked in the kitchen.

Enclosed is a den and a bedroom with his and hers closets and the larger of two bathrooms.

Laundry, storage and parking facilities round out the unit, as well as a monthly fee of $965, which covers water, heating, concierge, rooftop terrace, fitness and party rooms.

The Agent’s Take: “This is the largest unit to have ever sold resale in the building,” says agent Christopher Bibby, who cites the average loft there around 800 square feet.

“And there were a series of renovations done – a tiled dropped ceiling in the living room, hand-painted wallpaper in the master bedroom – so it was very grand, rich and elegant. It really felt like a house as opposed to a loft.”

But what swayed most buyers from the area, which only has a few condominium buildings available, was the loft’s outdoor assets.

“What was the most appealing was the fact it was a penthouse, so there wasn’t anyone directly above. Also, it was south-facing with a beautiful unobstructed view of the downtown core and CN Tower,” Mr. Bibby adds.

“One of the big issues with a lot of condos buyers and people downsizing is they have to forfeit the backyard, but here, they had a terrace under 400 square feet, so my client had enough space for a dining table, seating area, barbecue and a small garden.”