After a month without a deal, ‘Plan B’ sells this Toronto penthouse in 24 hours 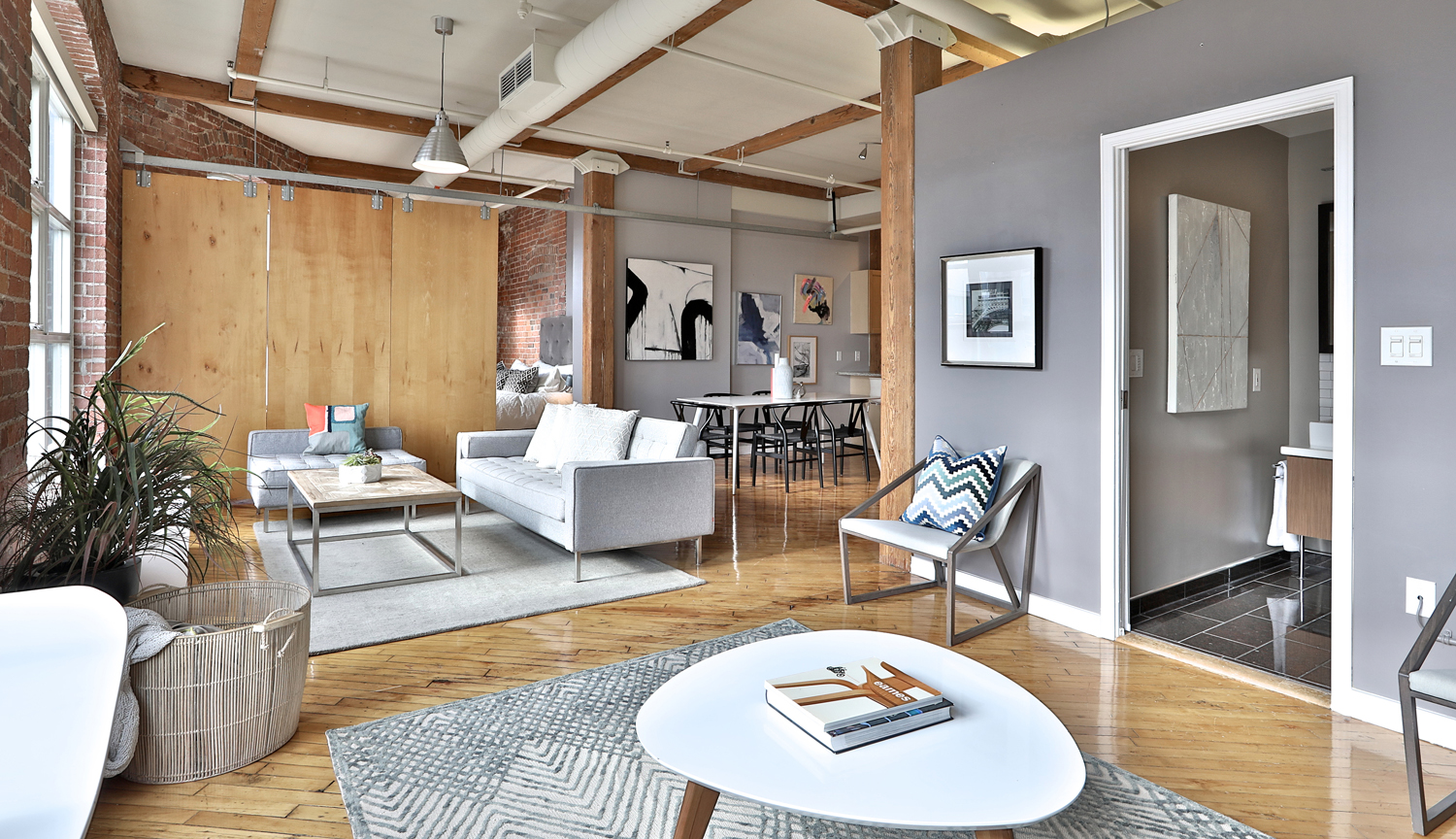 This penthouse at Imperial Lofts had over two dozen showings, but to intensify buyers’ interest in November – a month into the marketing campaign – it was de-cluttered, staged and re-photographed.

“We had a plan in place that if it didn’t sell by the time [the sellers] moved, we already had the stager booked,” said agent Christopher Bibby.

“We ended up having two parties interested in the property, both of which had already seen it. The one who ended up buying it came by right as the stager was walking out the door and we had an offer later that afternoon.”

Ten-foot ceilings, wood posts and beams, hardwood floors and exposed brick wall are remnants of a former optical warehouse now home to many lofts, like this 1,042-square-foot penthouse.

Multi-paned windows also line the triangular-shaped bedroom and open living and dining areas. Set further back is a den and cooking quarters, as well as a recently updated bathroom.

The loft includes a locker and parking. Each month, $672 is due for water and heating costs, as well as maintenance of common areas, such as the rooftop terrace.

“If you want to be in the St. Lawrence Market or Moss Park area, this building is one of your only [loft] options,” said Mr. Bibby.

“What attracted people to this particular space was that it’s south-facing, so there was lots of natural light, and it was on the top floor with a partial west exposure, so you had views of the CN Tower and Financial District.”