Written by | Published in The Globe and Mail 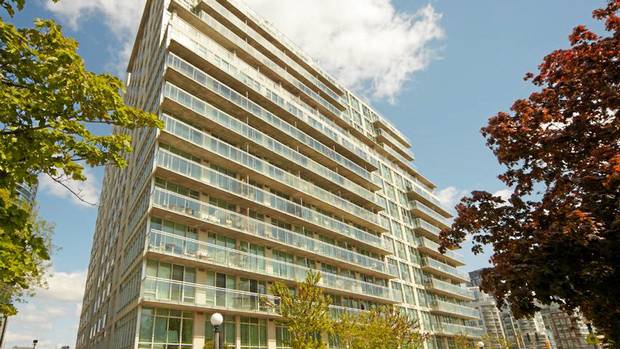 DAYS ON THE MARKET 10

WHAT THEY GOT: Built on the 16th floor of a decade-old building by the waterfront, this 785-square-foot suite has floor-to-ceiling windows and three walkouts from the living and dining areas and master bedroom to an over 200-square-foot balcony with cedar decking and greenery.

Upgraded features include nine-foot ceilings and hardwood floors throughout, as well as a white ceramic backsplashes, cabinetry and appliances in the kitchen.

The unit comes with a four-piece bathroom and laundry machines, plus a locker, parking and two bike racks.

There is a monthly fee of $513, including heating and hydro. Common amenities include a gym, recreation room and rooftop terrace.

THE AGENT’S TAKE “It was located dead centre in the middle of the building, so it had totally unobstructed views of the lake, island and airport,” says Mr. Bibby.

The seller also reconfigured the original one-bedroom plus den plan into a one-bedroom suite with a larger, more open entertaining area.

“It’s probably one of the best layouts I’ve seen for a one-bedroom in the city,” adds Mr. Bibby. “While most are typically narrow and deep, this one was actually quite wide … so there was lots of natural light.”

From Friday’s In the Press|Globe and Mail