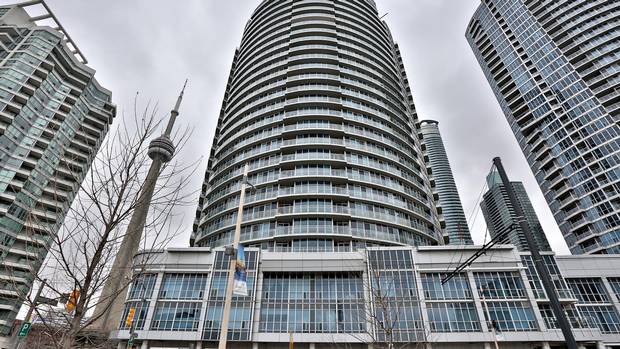 DAYS ON THE MARKET
Three

The Action: Last year, the Waterclub community had three two-bedroom suites for sale simultaneously, so this upper-level version didn’t fare well for months sharing the spotlight. To give it a second chance, another agent relisted at the same price of $685,000, but suggested it be painted, better lit and professionally staged, which all played a part in two offers materializing within days.

What They Got: A more-than-decade-old complex features three curved towers containing street-level shops and hundreds of suites above, such as this roughly 1,200-square-foot model with hardwood floors, southeast-facing windows in every room and a balcony off an open living and dining area.

To keep things clean and tidy, there is a ceramic-clad kitchen with stainless-steel appliances, walk-in closets in both bedrooms, two bathrooms and laundry machines.

A locker and parking round out the assets, plus monthly fees of $869 cover water, heat, concierge and upkeep of guest suites, a gym, indoor and outdoor pools.

The Agent’s Take: “It’s definitely one of the largest layouts, typically we don’t see suites that are 1,200 square feet,” says agent Christopher Bibby, who fielded many inquiries from families daunted by the cost of single-family homes.

“Older, more established buildings are being sought after now based on how aggressive the market is and freehold pricing.”

The building itself is sought after for its proximity to transport and tourist attractions along the lake. “It’s centrally located because it’s across the street from the [Queens Quay] terminal building, the Harbourfront Centre and new urban beach,” Mr. Bibby adds. “It’s also walking distance to Union Station and the Financial District.”