Written by Sydnia Yu | Published in The Globe And Mail 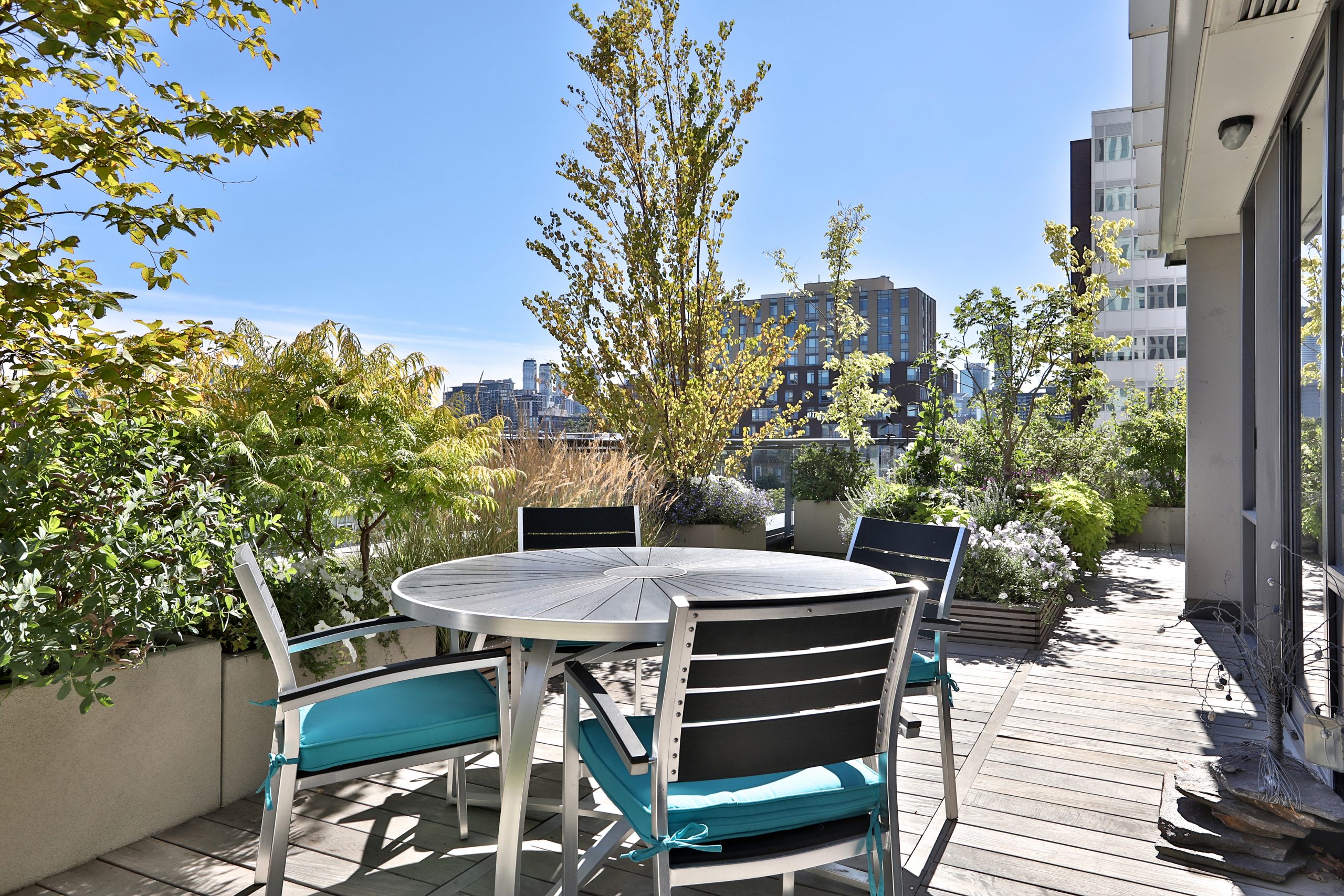 Some buyers dismissed this three-bedroom corner suite based on the revitalized neighbourhood’s past reputation. But the dozen or so shoppers who toured the suite discovered an upscale space and a wraparound terrace of nearly equal size facing south and west.

“People didn’t expect to see something like this in the area,” said agent Christopher Bibby, who sold the unit mid-May.

“There were some generic one-bedroom and one-bedroom-plus-den units [listed at the time], but nothing of this calibre. And this was the only one with a terrace. This was the first condo sale in Regent Park over $1-million.”

This 1,157-square-foot suite in a high-rise complex across from the Pam McConnell Aquatic Centre is flooded with natural light with walls of windows in each bedroom and double exposures in the living and dining area, as well as four sets of sliding doors to the terrace.

The builder’s standard finishes were upgraded throughout, with hardwood floors, stainless steel kitchen appliances and a waterfall-edge island.

A locker and parking complete the package. Each month, $819 pays for water, heating, concierge, fitness, party and guest rooms.

“We don’t see a lot of three-bedroom units in the city at all and within Daniel’s redevelopment in the area, they made quite a few three-bedroom plans with consideration for families,” Mr. Bibby said.

“This is probably the most special unit in the building solely because there was an 1,100-square foot terrace. There is really nothing like it in the neighbourhood.”

Personal touches also enhanced the outdoor space. “The seller, who was an avid gardener, had done an extensive renovation on the terrace that included Brazilian Ipe decking, concrete board planters, irrigation and lighting systems and a waterfall,” Mr. Bibby said.

“Some plants were designed to attract certain birds and insects, so it was like an urban oasis. A lot of people thought it was a common area.”