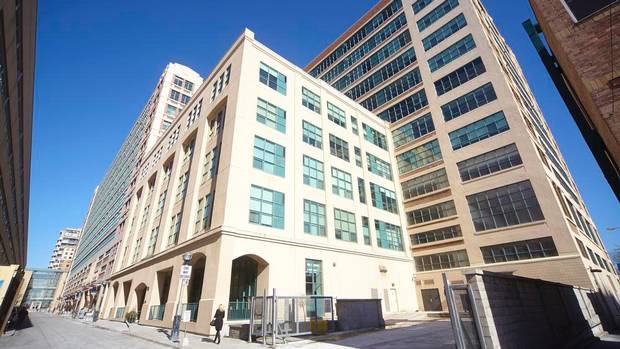 DAYS ON THE MARKET 17

The Action: Set amid Ryerson University buildings near the Eaton Centre, the Merchandise Lofts offers large residences averaging 1,000 square feet. So this compact bachelor pad was a rare commodity that was promptly sought out by 15 interested buyers.

What They Got: In the former Sears warehouse built over a century ago, this nearly 500-square-foot loft features concrete floors, from the open kitchen to an living and dining area with a built-in bookcase, Murphy bed and walkout to a south-facing balcony with 200 square feet.

For easy cleaning, there is a four-piece bathroom, stainless steel appliances and laundry machines.

Heating costs are covered by monthly fees of $313, as well as concierge, a gym, pool, party room and rooftop deck.

The Agent’s Take: “There were only three bachelor sales in the last two years in the whole complex,” agent Christopher Bibby said. “The Merchandise Lofts is the largest loft conversion in North America and next to none of the suites have balconies, so while this was a smaller space, it had a terrace.”

The interior also felt larger than it appeared. “Most bachelors with a Murphy bed system in the living room don’t really work, but here, it works quite well,” Mr. Bibby added. “Because the living room is so long, you don’t have to move a couch or TV out of the way.”