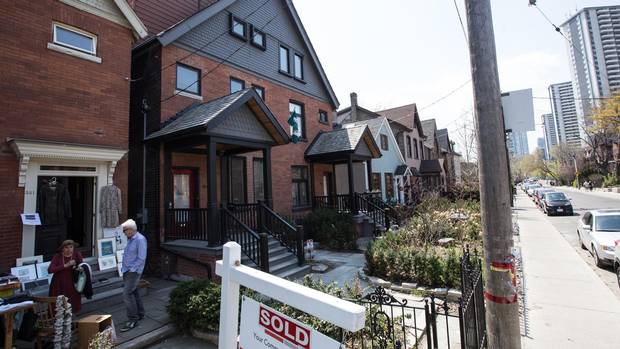 Toronto’s fall housing market began gearing up this week – pretty much as soon as the folks at the Canadian National Exhibition had served the last chicken waffle on a stick.

For the past few weeks, real estate agents have been getting properties lined up and ready to launch on Tuesday morning.

“There will be a big push and a spike in new listings,” said Christopher Bibby, an agent with Sutton Group Associates Realty Inc. who was anticipating a return to full throttle that won’t slow for two months.

Economists taking a macro view of Canada’s real estate market are keeping an eye on financial market volatility, the outlook for global growth, fluctuations in oil prices and the Canadian job market.

At Bank of Montreal, chief economist Douglas Porter remains sanguine about the broader economic outlook. He believes investors’ fears about reverberations from the slowdown in China are overdone.

Despite the decline in Canada’s gross domestic product for two consecutive quarters this year, Mr. Porter points out that the domestic economy keeps adding jobs.

Meanwhile, Canadian consumers are still spending on big-ticket items – including homes and cars – he says.

In all provinces except Alberta, real estate sales were strong in August, Mr. Porter adds.

The Toronto Real Estate Board reported last week that sales in the Greater Toronto Area increased 5.7 per cent last month compared with August of 2014. Prices jumped 10.3 per cent year over year.

On Wednesday, the Bank of Canada held its key interest rate at 0.5 per cent. The lack of movement was widely expected after July’s 25-basis point cut.

Mr. Bibby says the gyrations in financial markets created by investor fears about weakness in China did prompt a flurry of calls last month from clients who wondered if Toronto’s condo market could be rattled by the shift in sentiment.

While there are no official statistics on the amount of foreign investment in Canada’s real estate markets, Chinese buyers have made significant purchases in real estate in cities such as Toronto and Vancouver.

But numbers from TREB show that sales of condo units actually swelled in August compared with sales of single-family dwellings.

Buyers appeared to be looking for more affordable alternatives to pricey detached houses.

Ira Jelinek, an agent with Harvey Kalles Real Estate Ltd., says he was following the wild swings in financial markets in August and preparing for calls from concerned clients but he received very few.

Mr. Jelinek observes that, sometimes, big drops in the stock market cause jittery investors to adopt a cautious stance on all asset classes. When markets are calm, potential house buyers are more likely to feel confident.

“When there’s clarity in the bond market and with interest rates, it usually gets people interested in buying.”

Mr. Jelinek was also anticipating an increase in listings after Labour Day with another bulge arriving after the Jewish holiday of Rosh Hashana in mid-September.

He had one set of sellers seeking approval for a front yard parking pad in one neighbourhood while another pair was busy decluttering their art studio. Others were asking their tenants to move on so they could stage the property for sale.

Clients, he says are immersing themselves in “whatever it takes” to get properties ready to launch.