Some buyers see opportunity in Toronto market slow down

Written by Carolyn Ireland | Published in Globe And Mail 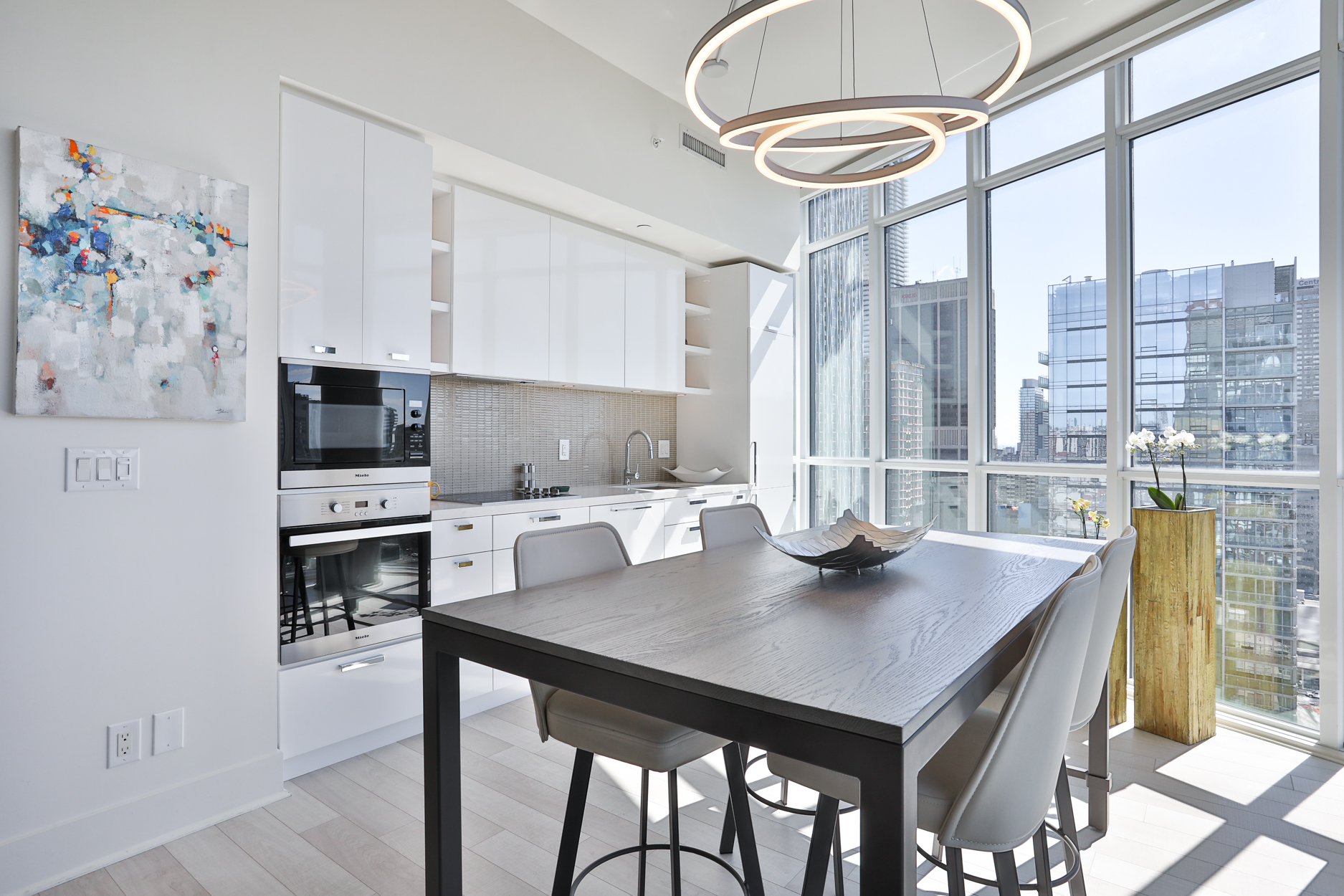 As the mania that gripped Toronto’s real estate market in the depths of winter has turned to caution in the spring, the balance has tipped slightly in favour of buyers in some pockets of the downtown condo segment.

One cohort of buyers has preapproved mortgages and they are anxious to lock down a deal before they need to renew the agreement at a higher interest rate. In other cases, parents are hoping to help their offspring buy a first condo unit.

“There’s a little bit of forward momentum, I’m noticing,” Mr. Bibby says. “As we saw things slow down and maybe prices pull back – some people began to say, ‘Maybe this is an opportunity.’ ”

The dynamics vary in different segments of the condo market: activity is relatively brisk below the $1-million mark and cool above the $2-million level. In the middle, on either side of $1.5-million, buyers want to take their time and negotiate, he says.

For homeowners, no one tactic is sure to be successful, Mr. Bibby says, adding that some sellers’ expectations are unreasonable or misguided.

“This is the most diverse and complex market I’ve ever worked in,” he says. “I have some properties where it’s very slow. Others sell in a day. It’s such a mix.”

Many buyers have become more anxious about overpaying as they keep an eye on interest rates and inflation, Mr. Bibby says. Increasingly, clients are tallying their monthly obligations for mortgage payments, condo fees and other expenses.

“People are really being budget conscious and calculating what it’s really going to cost.”

At the higher end, baby boomers and empty nesters are keeping an eye on their investment portfolios in a volatile stock market.

Within that less frantic market, some have found deals.

Mr. Bibby recently worked with buyers who went to see a condo unit near the St. Lawrence Market as soon as it became available.

They quickly made an offer for the one-bedroom-plus-den, which was listed slightly above $900,000.

“We felt it was underpriced,” he says.

Their offer was accepted and, a few days later, the lender informed Mr. Bibby that the appraisal had come in at a value well over the price the buyers paid.

With less aggressive competition amongst buyers, Mr. Bibby prefers the strategy of setting an asking price at or slightly above market value, with offers any time.

“I think you stand to do better coming out at a reasonable price and taking a patient approach.”

Mr. Bibby says some homeowners have also been holding back on listing their house for sale. He expects new listings – which trickled out in April – to pick up in May with warmer weather. Some sellers understand they missed the February peak, he says, but they know prices remain strong and the long-term outlook is difficult to predict.

Simson Chu, real estate agent with Chestnut Park Real Estate Ltd., says the market is still performing well, but the frenzy has dissipated as buyers focus on the Bank of Canada and its next policy setting meeting on June 1. Governor Tiff Macklem has signalled that a hike of 50 basis points may be necessary in order to tame rising inflation.

“Are people going to wait and see? Is all this waiting and seeing going to change the market? When there’s uncertainty, people do nothing. It’s the safest space,” Mr. Chu says.

Many Canadians are wealthy enough to handle higher interest rates, he says, but they are nevertheless remaining on the sidelines because they are trying to time the market. If there’s a chance prices will dip farther, they hold off, Mr. Chu says.

But timing the market can be tricky – particularly for people who buy their next house or condo before they sell an existing property. They need to understand that they may be caught by a change of tempo, Mr. Chu warns. Some sellers faced that shift in sentiment when the market rapidly cooled in Ontario after a foreign buyer’s tax was introduced in 2017.

“The market can change just like that,” he says. “You should evaluate how much risk you can take.”

In the condo segment, the practice of setting a low asking price and then holding back offers to a scheduled date has become more rare as activity has cooled, Mr. Chu says.

As he launches a new listing downtown at 500 Sherbourne St., Mr. Chu is trying an unusual approach by joining forces with a competing agent who is selling another unit in the same building.

Viraj Tanna of Real Estate Homeward says he was somewhat surprised when Mr. Chu approached him about teaming team up. But he liked the innovative strategy. The two agents are co-ordinating their social-media campaigns to promote simultaneous open houses on the weekend. Potential buyers can visit both and decide which one suits them better.

“I’ve never done a joint open house – especially with an agent from a different brokerage,” Mr. Tanna says. “I’m getting new signs made, and we’ll see what happens.”

Unit 2506, which Mr. Chu has listed with an asking price of $1,495,000, has two bedrooms in 1,300 square feet of living space. Now that bars and restaurants are fully open, he believes the property will appeal to people who want the vibrancy of a downtown neighbourhood but also some outdoor space.

A couple of floors below, Mr. Tanna has listed a two-bedroom-plus-den corner suite in the same building with an asking price of $1,699,900. Unit 2303 has 1,686 square feet of living space and a 1,500-square-foot outdoor terrace. The unit is the type that appeals to downsizers and people who want the feel of a house, he says, because the layout provides large living and dining areas.

Mr. Tanna first listed at $1.778-million just as the market was entering a lull as buyers turned their attention to economic news and Russia’s war on Ukraine. The long Easter weekend also pulled some buyers away, he adds.

Mr. Chu is hoping the double open house will draw people to the area around Sherbourne and Wellesley Street East, which is close to Cabbagetown, the Gay Village, and St. James Town. The building itself has a diversity of residents, he adds. It’s very LGBTQ friendly, with a mix of single residents and families with young kids.

Prices for suburban condos have been rising at a quicker pace recently than prices for those in the core, according to figures from the Toronto Regional Real Estate Board.

Mr. Chu says that closing gap may make downtown Toronto condos more attractive to buyers who once thought they needed to go farther afield to areas such as Hamilton and Durham Region for more space.

At Bank of Nova Scotia, economist Farah Omran notes that the softness in sales in recent weeks is most pronounced in the Greater Toronto Area and Calgary – which are the regions that led increases in February.

The market is being pulled in different directions by various forces, making it very difficult to pin down the reason for March’s apparent deceleration, Ms. Omran says. She believes the spring market was brought forward to February as people rushed to lock in lower rates before the anticipated central bank rate hikes.

Scotiabank has also been cautioning that, with an increased share of investors in the buyers’ pool, demand will be more sensitive to expectations of higher borrowing costs and lower profitability. The result could be a disproportionate fall in sales in response to rate increases, Ms. Omran says.

A Scotiabank housing poll found in April that more than half of young Canadians are putting their home-buying plans on hold because of the current economic environment and interest rate outlook.

With 62 per cent of younger Canadians waiting for housing prices to come down before buying, according to the results of the survey, sellers may feel the urgency to sell sooner as rates rise and the shift in attitude becomes apparent, Ms. Omran says.

“These two factors at play may bring the housing rally to a more sustainable pace earlier than expected this year,” she concludes.