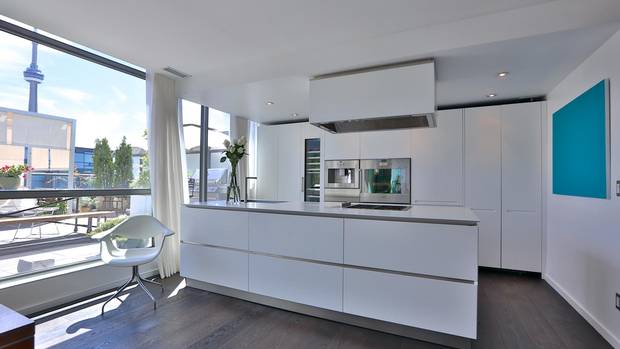 Toronto-area homeowners who are thinking of selling their properties may not need to wait for the traditional fall market.

“I think it’s going to be busy all through the summer,” Patrick Rocca of Bosley Real Estate Ltd., says.

Mr. Rocca says activity is cooling a little as the end of the school year approaches but the buyers are still roaming.

He listed a house in the Davisville area for sale this week and says that’s likely the last lawn he’ll put a sign in before Canada Day. He expects next week to be quiet leading up to the long weekend.

But after that, he expects the market to resemble 2014, when a summer slowdown was barely noticeable.

Recently, Mr. Rocca has been hearing of houses selling for “ridiculous” amounts above asking.

“It’s just crazy some of the stuff I’m seeing.”

He recently sold a small bungalow in midtown for $1.5-million. Mr. Rocca says the buyers say they want to live in the house, but that’s what they always say. He secretly wouldn’t be surprised to see it torn down and replaced with something bigger.

Mr. Rocca recently held an open house on Bessborough Drive, which was closed for the annual street party.

“People had to park their cars and walk in,” he says. He still had more than 30 groups.

“Bessborough does crazy things,” Mr. Rocca says, of one of the most coveted streets in Leaside.

Mr. Rocca says most of the seven parties bidding appeared to be move-up buyers who wanted to get into the family-oriented neighbourhood.

Two of the bids – including the prevailing bid – were above $2-million, he adds.

Mr. Rocca says Asian and Iranian buyers are often at the table in his sales.

“What has really fuelled this market more than ever is the foreign buyers,” he says.

He estimates that about 50 per cent of the buyers who come to the table on a typical offer night are from overseas. More often than not, these are the buyers who prevail in a bidding war.

The market is also shifting a little, he says, as lots of younger foreign buyers are now looking for property. Many are willing to look beyond Willowdale and Markham and other areas they’ve favoured in the past to buy in neighbourhoods closer to the core.

“Where they weren’t buying before, they’re buying now.”

In all kinds of segments and price ranges, properties have been selling quickly.

Globe Real Estate’s “home of the week” at 835 Royal York Rd. just arrived on the market, but it sold in less than a week. The asking price was $2.2-million; the sellers declined to disclose the sale price, but with such a quick transaction, clearly, they didn’t hesitate.

The previous week’s feature – a two-bedroom penthouse unit in the residences attached to the Thompson Toronto hotel – has also sold for the asking price of $1.2-million.

Listing agent Christopher Bibby of Sutton Group Associates Realty Inc. says some buyers were on the fence but one firm offer landed and the sellers accepted. As promised, owner Aki Abe will return in the fall to wrap the trees on the outdoor terrace.

But with all of the exuberance also come the warnings. Bank of Canada governor Stephen Poloz cautioned earlier this month that Vancouver and Toronto’s housing markets are at risk of a correction. Moody’s Investors Service and the International Monetary Fund are also signalling anxiety.

Mr. Ashworth calls the central bank’s claim that the risk of a housing downturn is small “naive in the extreme.” The bank’s thesis is that there is little risk of either a spike in the unemployment rate or a jump in long-term interest rate risk premiums.

Mr. Ashworth acknowledges that his firm first warned about the risk of a bubble as far back as early 2011 and that they have so far been wrong. The first error, he says, was a failure to appreciate that Canadian mortgage rates would continue to fall year after year. The second error was not appreciating how willing mortgage lenders would be to loosen lending standards.

He points out that 58 per cent of uninsured mortgages taken out last year had an amortization period of longer than 25 years.

Mr. Ashworth says the massive surge in risky debt being taken on by Canadian households illustrates that the housing bubble can’t be blamed on cash purchases by foreign investors. And this is a bubble, he says. “A very big bubble. And it is going to end in tears.”