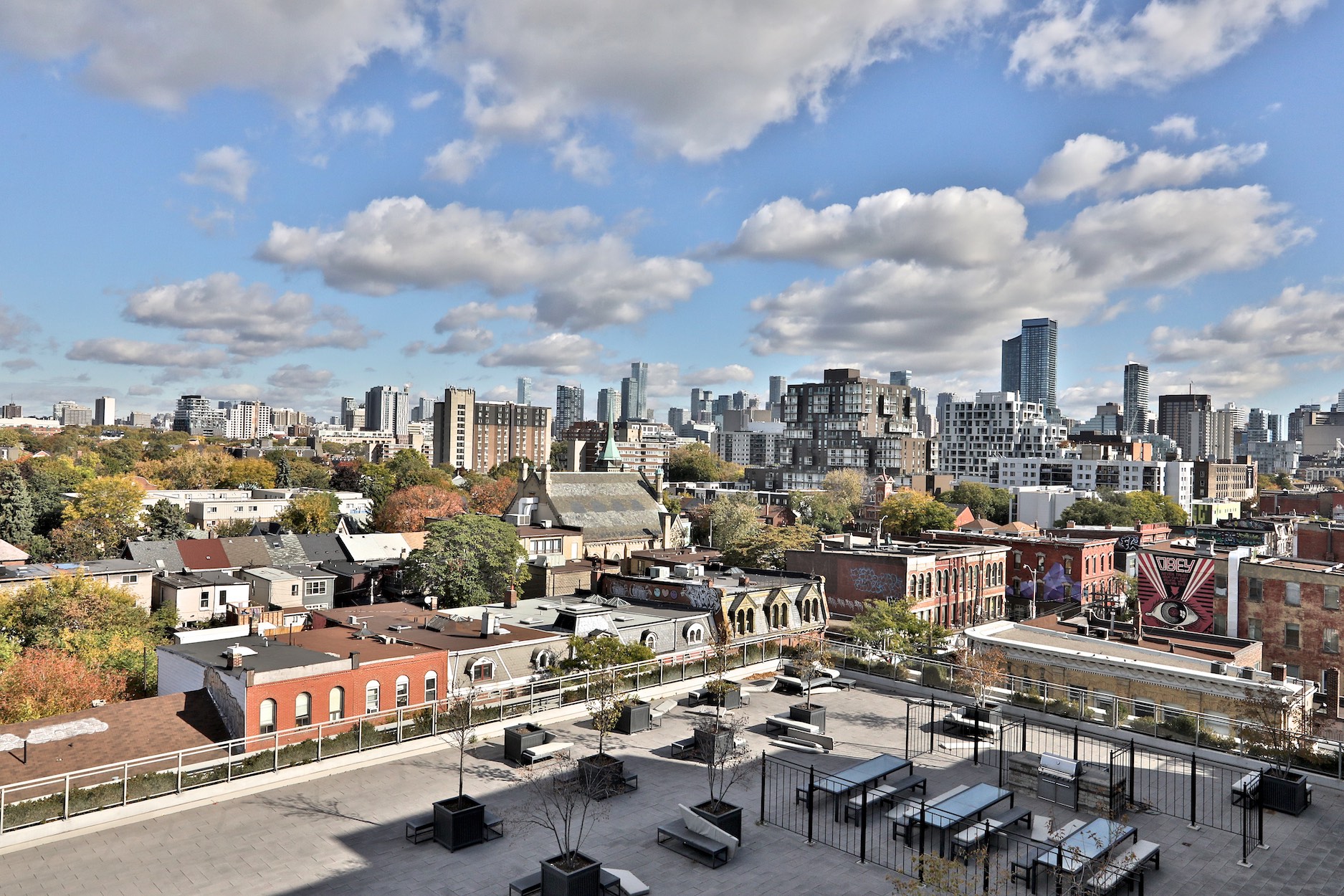 Condos sized at 500 sq. ft. and under are the only form of housing firmly in buyer’s-market territory.

For four months, Christopher Bibby anguished over how to sell a 435-square-foot condo in Toronto’s entertainment district. The unit, which was listed in March at $569,999, wasn’t visited once in its first two months on the market. There were no calls and no emails. “Those were dead months,” he said.

Bibby already thought he was giving buyers a bit of a break. He had sold a condo of the same size, with the same floor plan and in the same building for $580,000 in February. But that was before COVID-19 upended Toronto’s condo market.

After two months, Bibby trimmed the price even further to $529,999 and, coupled with loosening lockdown restrictions, that generated enough interest to do a showing every 10 days. Still, there were no offers.

It wasn’t until mid-June that Bibby and the unit’s owner were able to finally fill the unit — after putting it up for rent at a below-market rate.

Bibby’s experience is representative of a wider trend in Toronto, where it appears that these smaller units are weighing down the entire market.

According to research firm Urbanation Inc., sales of condos sized at 500 sq. ft. and under were down 20 per cent year over year in September, while sales for units of other size ranges were either flat or still positive. These micro units are also the only condos on the market to have experienced a price decline thus far. And, thanks to a tumbling sales-to-new-listings ratio, they’re the only form of housing that is firmly in buyer’s-market territory.

“It’s become clear that COVID-19 has caused two shifts in demand: A desire for more space and more value-oriented homes outside the core, both of which negatively impact the market for small condos,” said Shaun Hildebrand, president of Urbanation.

Pre-COVID-19, these condos were the hottest on the market. Investors flocked to them because they were the only form of housing under $500,000 available in Toronto and the high rents they could charge on these units meant that making profit was close to a sure thing. Most of them were snatched up on the pre-construction market and as investors became more emboldened by their returns, they bought more units, Hildebrand said.

Now they’re the ones flooding the market with listings. In September, new listings for micro units were up 165 per cent year over year. So many of these condos have hit the market, that active listings now represent 5.2 months of supply. Hildebrand said it is considered a buyer’s market when supply reaches four months.

COVID-19 turned the tide on the momentum surrounding these condos. The same people who were living in these units no longer need to be near their downtown office buildings because many of them are closed; they also can no longer enjoy the benefit of being steps away from theatres, sports arenas and restaurants that sit empty. As the Financial Post recently reported, many former Toronto condo owners and renters have left Toronto altogether for Hamilton.

The pandemic has all but erased the premium that tenants once had to pay for living in the downtown core, Hildebrand said. That premium usually meant paying an additional $400 in rent for an identical unit outside the core. Now, it stands at $50.

With rent coming down across the board for condos, tenants are trying to stretch every dollar, Bibby said. If $2,000 per month got them a 500 sq. ft. unit pre-pandemic, it might be enough to get them 550 sq. ft. now or perhaps 600 sq. ft. outside of the downtown core.

“With work-from-home becoming a norm, the idea of being locked in a 450-sq.-ft. condo, without access to the building’s gym, party room or rooftop patio just isn’t appealing,” Bibby said. “An extra 50 square feet makes a difference.”

Frank Polsinello, a broker of record at RE/MAX, has seen this sentiment play out in the digital ads he places on Facebook for micro condos. In the past, the comments would be lined with interested people tagging agents to see the property. Now, they’ve turned negative.

“What we’ve been seeing a lot is: ‘Why would I pay $600,000 for that 453-sq.-ft. closet?’” Polsinello said. He’s had no problem with selling larger units, but he recently had a micro condo on the market for two months without receiving a single phone call from an interested party.

Micro-condo owners are struggling to sell and rent their units because two of the main groups of people they once attracted — recent immigrants and students — are no longer clamouring for them. Immigration has slowed to a crawl during the pandemic, while the majority of university classes are being held online.

There is still some interest in the units, particularly from first-time homebuyers who were previously renting and took advantage of a down market, multiple realtors told the Post. But that interest is scant. That the units are hard to distinguish from one another because the floor plans are rarely unique only compounds the problem.

“We’ve had a few that we have taken off the market recently because there’s a glut,” Polsinello said. “We’re constantly monitoring the inventory. If we see there are six, eight, 10, 12 of these things that are all identical, (buyers) have the pick of the litter and it’s going to keep driving the price down.”

And that means that for the first time in years, buyers are in control.

Vanessa Jeffrey, the broker of record at RE/MAX’s Property Shop, said she recently secured a 475-sq.-ft. condo in downtown Toronto for a client with a $450,000 bully offer when similar units had recently sold for $510,000.

“We knew they weren’t getting showings,” Jeffrey said.

Not only was their bid price accepted, but the owner agreed to her client’s conditions as well, including an inspection. In the past, asking for one would’ve automatically lost you a unit, Jeffrey said. Then, when the inspection turned up a few faucets that were leaking and a door that needed to be replaced, the owner agreed to take care of the repairs.

On the pre-construction market, Sergio Menezes, a sales representative at Condo Connect, said developers are making similar concessions to draw investors back into buying their micro units. Many have introduced what he referred to as a drawn out deposit structure. Normally, investors have to put down 15 per cent in one year to secure these units, he said, but now, they’re being given the choice of paying five per cent each year over a period of three years. Cheaper lockers and parking spaces have also been placed on the negotiating table.

Moving forward, Hildebrand expects further weakness in the market for micro condos. Although sales prices have dropped, they’ve only done so by one per cent so far. The current supply on the market suggests that further drops could be coming, he said, especially as developers wrap their work on pre-construction units and bring more of them to market.

How quickly the market recovers is directly tied to COVID-19, he said.

“How long demand will be impacted depends on how the downtown market recovers, which is an evolution of the current health crisis,” Hildebrand said. “When does immigration bounce back? When do students return? When do office workers go back into their offices? It’s hard to say, but in the near term it looks likely that prices are going to trend lower.”