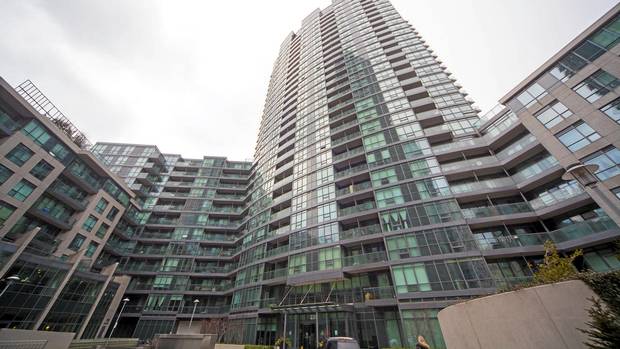 The Action: In one of the high rises in the Water Park City development on the former Molson Brewery site, this bachelor pad with a den was immediately booked for a handful of showings on the day it was listed. One buyer returned the next day with a proposal to pay the full asking price.

What They Got: On the eight floor of a six-year-old building, this 400-square-foot suite was designed with a den and an open living and dining area with hardwood floors and sliding balcony doors, as well as a cooking station with tile floors and an island with a breakfast bar.

The unit has a four-piece bathroom and six cooking and cleaning appliances, but no locker or parking spot, which are not included with bachelors in the building.

Each month, $185 pays the expense of heat and water, 24-hour concierge and maintenance of common areas.

The Agent’s Take: “It’s a bachelor plus a den … so it wasn’t just an open box. There was clear definition for living and dining and a second space used as a bedroom,” says agent Christopher Bibby, who adds that the den can be enclosed.

“Because there was clear definition between the two separate rooms, it felt a little bit bigger.”

Buyers also like attractions beyond the bachelor’s boundaries. “There’s an indoor pool, gym, guest suites and party room, so in terms of amenities, [the building] is fully loaded,” Mr. Bibby said. “Another thing that was quite amazing was that [the unit] had unobstructed views facing into the city to the east.”