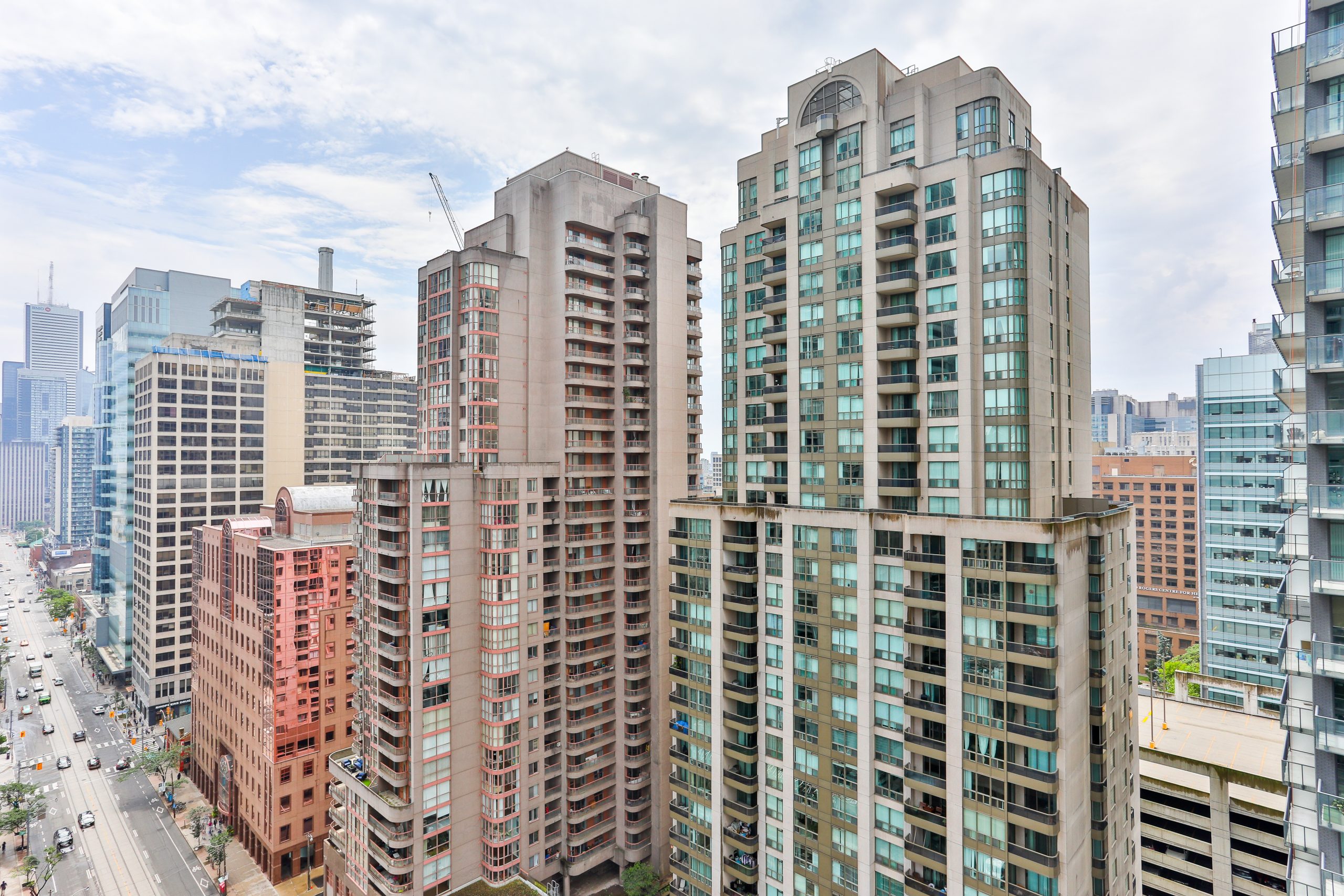 The high-altitude Toronto condo market appears to be losing some thrust.

“I definitely am seeing some momentum taken out of the market,” says Christopher Bibby, a real estate agent with ReMax Hallmark Bibby Group Realty Ltd.

Mr. Bibby works mainly in the segment for hard lofts and luxury units in downtown Toronto. In most cases, the purchasers are buying their next home. Those people are taking their time.

Mr. Bibby says the hordes of potential buyers still exist; he senses they are increasingly cautious about inking a deal.

“I’ve worked in markets like that – where people just aren’t coming,” he says. But in the fall of 2019, his office is booking record numbers of appointments to visit properties for sale.

There’s a high volume of people shopping; what the purchasers lack is a sense of urgency, he says: “I’m seeing ‘days on market’ increasing in certain buildings.”

This week, the Toronto Real Estate Board reported that condo sales in the Greater Toronto Area rose 5.1 per cent in October compared with October, 2018. The average price of a condo unit increased 9.6 per cent last month compared with the same month last year.

Sales of detached houses in the GTA, meanwhile, jumped 19.6 per cent last month while the average price of a detached house gained 3 per cent.

Mr. Bibby says some buyers are seeing better value in single-family dwellings and questioning the record prices that some condo units are fetching. In some cases, people are looking to downsize from a four-bedroom house into a two-bedroom condo – and the condo is the more expensive property.

“I think there’s more value in the homes that we see – and I’m a condo guy.”

Unit owners looking to sell, meanwhile, have become used to high-octane growth and feel deflated if they don’t set a new milestone for the building.

“Nobody wants to sell for less than the last sale,” he says.

Mr. Bibby recently sold a unit with an asking price slightly below $1.1-million. The unit is in a coveted building where the sellers expected to have a deal signed in a week. The sale took three weeks and the unit sold under asking.

While Mr. Bibby understands the frustration of sellers who always want to move the peg higher, he points out that, ultimately, consumers decide on the fair value for a property.

He adds that many owners have done extremely well – in some cases tripling their investment.

He also says the more balanced market works in favour of buyers.

He worked with one downsizing couple recently who were interested in a two-bedroom unit near Yonge Street and St. Clair Avenue with an asking price of $1.5-million. The sellers trimmed the asking price when the unit didn’t sell after a few weeks.

Mr. Bibby advised his clients that they were in a strong position to negotiate, considering that the unit had been on the market for 40 days and the sellers had just reduced the list price. The buyers were able to strike an agreement at $75,000 less than the owners were originally asking.

“We still negotiated on the reduction,” he says. “That was the reality of the market. We were the only buyers at the table.”

At a less rarified level, investors, speculators and first-time buyers can’t get their hands on properties quickly enough.

Below about $1.1-million, Mr. Bibby is seeing a surge in interest from investors. Many are local residents who are planning for retirement by shifting money out of the financial markets and putting it into an income property, he says. Some are buying one-bedroom condo units while others are opting for single-family homes.

The appetite for pre-construction condo units is also phenomenal, he says. “The demand is higher than I’ve ever seen it.”

Manu Singh of Right at Home Realty Inc. says demand for condo units in the core remains extremely high, in the $600,000 to $1-million range.

Unit 971 is a corner unit with updated decor and a southeast-facing view toward Lake Ontario.

One “bully” tried to pre-empt the bidding process with an offer on the second day. The sellers spurned that offer but a couple of days later another agent called with a client who also wanted to bully.

“That means there’s significant demand for this type of unit,” Mr. Singh told the owners, who decided to wait for the planned offer night.

The strategy paid off because they received another four bids and accepted an offer of $900,000.

Mr. Singh says two-bedroom units in that price range are very desirable to people who want to live in the building.

The final price, which equals about $858 a square foot, compares very favourably with downtown pre-construction units which sell for $1,200 to $1,400 a square foot – and sometimes more.

Because of that gap in prices between the resale market and the pre-construction market, Mr. Singh is recommending that his clients look at existing units.

He says buying a property where the purchaser can analyze comparable recent sales and determine how much rent units are fetching is less risky.

He likens speculation on pre-construction to gambling because there are so many factors at play.

“Most sophisticated buyers would say, ‘I’m buying into the future – there’s uncertainty – I should be rewarded with a discount.’”

Looking ahead, Mr. Singh doesn’t see condo prices coming down in the winter months for entry-level and mid-range units.

“My clients are asking me, ‘Is there going to be a discount in December or January?’ I’m just not seeing it,” Mr. Singh says.

The higher end offers more room for negotiation, he says.

Mr. Singh says many of his clients who own income properties in the $600,000 to $999,000 range are reluctant to list them for sale because they don’t want to leave any money on the table by selling too soon.

“The investors are hesitant because they’re trying to figure out where the top of the curve is.”

Mr. Bibby says that for now condo prices remain in the stratosphere. He thinks continuing single-digit sales and price growth is a more likely scenario than the blistering double-digit returns of years past.

“I think the question we all ask ourselves is, ‘Will this continue?’”