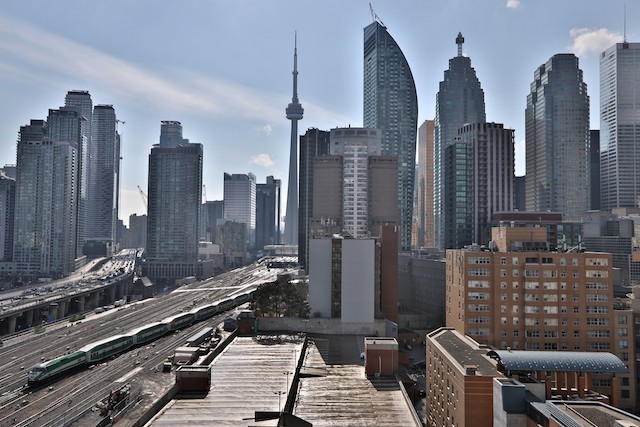 He suspects that stock-market volatility, midterm elections in the United States and rising interest rates were some of the factors that rattled consumers.

Properties above the $800,000 mark have seen their prices trimmed this fall, he says.

According to the Toronto Real Estate Board, the average seasonally adjusted price in the Greater Toronto Area slipped 0.8 per cent in November from October.

Mr. Bibby has also been surprised by the amount of grief banks are giving potential buyers who are seeking a mortgage – even when those buyers are well-established financially.

Against that backdrop, TREB reported that sales in November dropped 14.7 per cent from November of 2017. In the earlier period, TREB points out, many buyers were rushing to get into the market ahead of tighter regulations surrounding mortgages.

That shortage of listings helped to push the average price in the Greater Toronto Area up to $788,345, which marks a 3.5 per cent rise from November of last year.

Mr. Bibby says one reason for the dwindling listings is that some downsizers have placed their moving plans on hold, he says.

Clients in Oakville and Aurora, for example, want to sell their large properties before buying a loft or condo unit in the city.

“High-end houses are slow,” he says.

At the same time, buyers have suddenly become finicky.

In the past, Mr. Bibby says, buyers who wanted to be in a coveted condo building would jump at any unit on offer. Now, people will pass over a unit if they’re not happy with the view or the location of the parking spot. Some complain that the unit is on a floor that’s too high and others that the floor is too low.

“Any excuse not to buy” sums up market psychology in recent weeks.

The exception to that trend is in the segment below $600,000, he adds. One-bedroom and one-bedroom-plus-den condo units in that price range tend to sell quickly and above asking, he says.

But consumers worried about rising interest rates may have a temporary reprieve, economists say, after the Bank of Canada recently began speaking in more dovish language.

Derek Holt, head of Capital Markets Economics at Bank of Nova Scotia, points out that central bank Governor Stephen Poloz noted that activity in Canada’s energy sector will likely be materially weaker than expected. Global trade conflicts, a contraction in business investment and the country’s cooler economic growth will also weigh in upcoming decisions on rates.

As a result, there may be a near-term pause in the central bank’s hike path.

Benjamin Reitzes, Canadian rates and macro strategist at Bank of Montreal, says there’s no doubt that much has changed over the past six weeks.

Mr. Reitzes believes the BoC is signalling that a January rate hike is a long shot, at best.

“Recall that only a few weeks ago, there was debate about whether December was in play for a potential hike,” Mr. Reitzes says.

The uncertainty appears to be making consumers hesitant.

At his own listings, Mr. Bibby says prospective buyers were walking through desirable properties, he says, but the offers were not landing.

Mr. Bibby saw the need to go back to a more conventional approach of mediating a deal.

“My job this fall was bringing everyone together,” he says. “People aren’t accustomed to that.”

Some buyers and less experienced agents felt flummoxed by the concept of negotiating, he says.

Mr. Bibby regularly checks in with agents who bring their buyer clients to view one of his listings. If the buyer’s agent broaches the subject of price and Mr. Bibby has the seller’s blessing, he encourages the other side to come to the table.

“You want to negotiate? Perfect! What did you have in mind? You know what – it doesn’t matter – just put it on paper,” Mr. Bibby tells his counterparts.

Mr. Bibby sometimes has to counsel sellers to be flexible as well. Even very attractive properties that would have received multiple offers in the spring are taking a bit longer to sell now, he explains.

“If you don’t want to be open-minded, you might not get your property sold,” he advises sellers.

When Mr. Bibby checks sales data, he rarely sees higher-end properties selling for 5 per cent or 10 per cent above the asking price as they did in the past. Very often, properties sell slightly below asking, he explains.

He compares that market landscape with the zaniness of the opening months of 2017.

At that time, condo owners would routinely call him to ask if the rumours they had heard about a jaw-dropping sale in the building were true. When he confirmed the price, they might be tempted to list their own unit.

“It was a failure if we had four offers,” he says.

Mr. Bibby believes those days of seeing growth of more than 20 per cent or 30 per cent a year won’t be repeated any time soon.

A return to a more balanced market that sees properties listed for a duration of time is inevitable, in his view. He expects price growth in the single digits to be the norm after the correction that has already taken place.

“A lot of people aren’t moving because transactional costs are too high,” he says. “People are a little more conservative with their spending habits.”

During the holiday season, Mr. Bibby is advising potential sellers to hold off listing until the new year. He doesn’t plan to launch properties onto the market until the third week of January or later.

Looking ahead to 2019, Mr. Bibby thinks buyers will remain cautious. He does not see a catalyst for a high-octane shift.

“I don’t think we’re going into a fast-paced market.”

Still, people will continue to move for the usual reasons – they are downsizing, retiring or leaving town, among other factors, he says.

As a result, Mr. Bibby predicts the spring market may get off to a late start in 2019.

“I think we’re going to be in wait-and-see mode.”

Your house is your most valuable asset. We have a weekly Real Estate newsletter to help you stay on top of news on the housing market, mortgages, the latest closings and more. Sign up today.